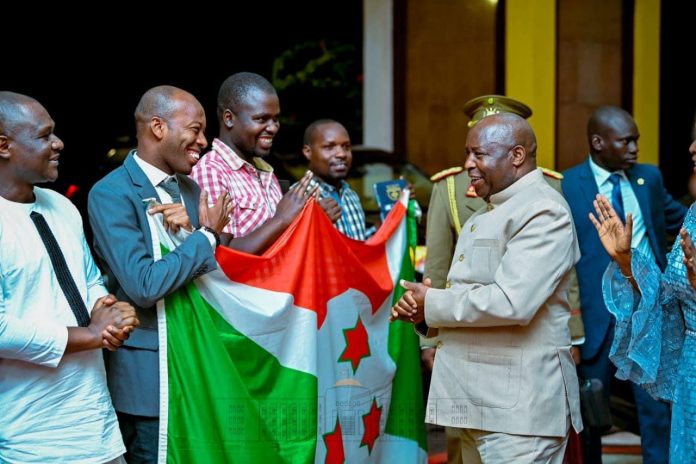 Burundi’s president Evariste Ndayishimiye this Tuesday arrived in Senegal’s capital Dakar to participate in the second edition of the Dakar Summit on food in Africa.

“The President of the Republic will be accompanied by the First Lady Angeline Ndayishimiye,” a statement reads from the office of president’s spokesperson.

The president was revived by the Senegalese Minister of Justice and members of the Burundian Diaspora based in Dakar and other parts of the region.

“With the removal of barriers to agricultural development aided by new investments, it is estimated that Africa’s agricultural output could increase from $280 billion per year to $1 trillion by 2030,” a statement reads from the African Development Bank.

The Summit kicked off this Wednesday 25th January and will run until 27th January 2023.