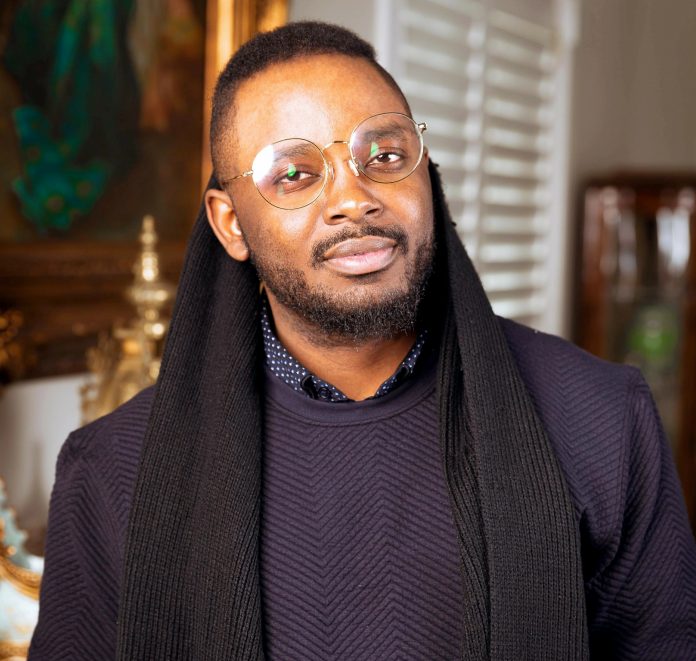 Award winning John K-ay (Jean-Marie Ndayishimiye) a Burundi-Australian film director, producer and actor. He spoke to Joella Niciteretse on his journey to fame in the film industry and how to encourage, develop the industry in Burundi.

John K-ay is one of the most inspiring Burundian actors and Producers. I was born in Burundi, raised in Tanzania and Australia.

What inspired you to come up with this movie “Cop’s Enemy”? and when did you start  filming it?

Cop’s enemy was written in 2017, Filmed in 2018 and 2019 and published 2020. The idea behind cop’s enemy came from a friend of mine who had his mother and sister sick and asked me for help. So the whole idea came from that particular case and decided to write the story.

Why is the movie called Cop’s Enemy?

Cop’s enemy is the title of the film because the movie revolves around arresting Cop’s enemy. Everything that happens in the film is because of the Cop’s enemy group.

Why did you gather African celebrity actors in this movie with the likes of Van Vicker from Ghana, Wema Sepetu, Aunty Ezechiel from Tanzania even Australian actors in Cop’s Enemy?

Well you know in most cases when you want to get the best out of something you use the best team and right people. So including variety of celebrities in this movie aimed at bringing out the best of the story so as it can be well told and at the same time be interesting.

How do you manage do gather actors from different countries is it not a challenging task?

I have done many films before in Australia, so most of these actors are people I have worked with before, others my followers on social media who love my movies so I always believe with focus and dedication anything is possible.

What were the challenges you faced while trying to produce the cop’s enemy? Cop’s enemy is a big project. The challenges were big as well from managing the cast, managing location, managing the directors, getting the needed budget and acting at the same time so it needs a lot of sacrifice and more finance so these were the major challenges I encountered personally.

What are the challenges you face in general as an actor and a producer?

It’s not an easy job to be an actor and producer at the same time because as an actor you only have one job to focus on and do it right. But if you are also a producer, you have so many things to worry about, you have to control everything all at once. So it’s hard to focus on just one thing hence becoming too demanding.

What are the lessons people could learn from your movie?

Cop’s enemy teaches us that today I may be having a lot of problems and I may need help from someone, if you can’t render help one day it may be you with the same problems. It also teaches us that sometimes we find ourselves stealing, killing or doing things we do not want to do because others are not willing to help us out.

How has filing the cop’s enemy impacted you or your life?

I have enjoyed filming cop’s enemy and working with all the stars in the film so this is also another experience and continue to learn always, it had a great impact in growing and understanding more.

What do you think about Burundi’s film industry?

Burundi film industry is getting better and better every day all we need to do is work together and focus on bringing out good films instead of being only focused on how to get money. Nothing is wrong with Burundian films we just need to keep working harder nothing was created in a day it takes time.

Are there any other movies you have produced beside the Cop’s Enemy? And awards?

Yes I have produced about 6 films including the short films.

Who inspired you to be an actor and a producer as well?

I was inspired to be the person I am today by two people, I always look up on them though some have passed on. So those who largely inspired me are Steven Kanumba and Tyler Perry.

What is your message and advise to Burundian actors?

My message to all those in the movie industry is keep working hard and soon we will work together and make it.

What are your dreams?

To help others, everywhere around Africa and be the light in people’s lives and career.