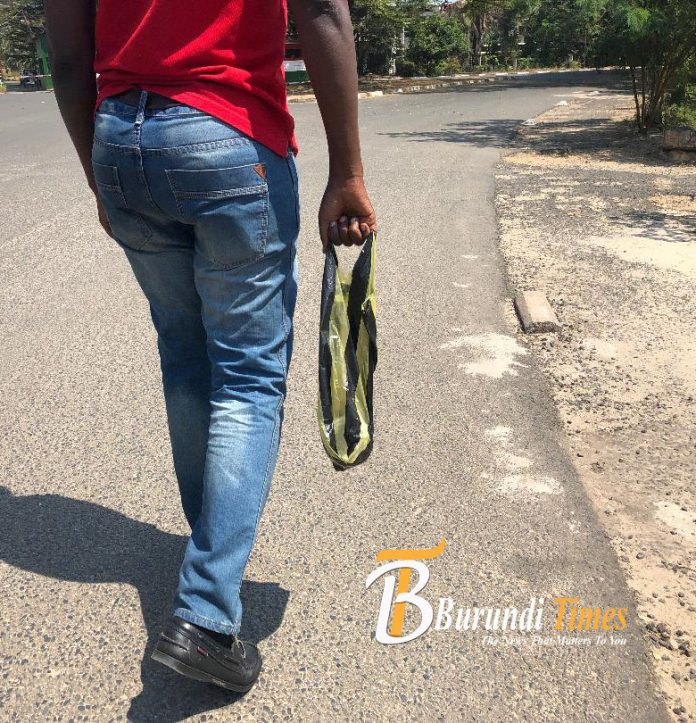 Burundi president Pierre Nkurunziza signed a law in August 2018 that bans the importation, manufacturing, selling and use of plastic bags and products. PHOTO|FILE: BurundiTimes

Burundi’s agriculture and environment minister Déo Guide Rurema on Tuesday announced that the country is banning the importation of plastic bags in efforts to conserve the environment. While addressing the press in Bujumbura the minister said that his office was concerned over the increased volumes of plastic bags imported in the country, “if the use and the importation of plastic bags continues on the same rate it will be difficult to ban the product on within the time frame given by the head of state.”

Burundi president Pierre Nkurunziza signed a law in August 2018 that bans the importation, manufacturing, selling and use of plastic bags and products, the 2018 law provided eighteen months timeframe to phase out the use and the selling of the product.

“Whoever will be caught after the deadline given will be punished according to the law… importers should now consider importing other packaging products made of papers or degradable materials,” said Mr. Rurema.

“The users of plastic bags don’t exceed 20 minutes of use but the consequences of a plastic is that it degrades only after 200 years,” he added.

Burundi environment minister indicated that the move to ban the product was not only for the present benefit of the country, but also for the future generation to conserve the environment.

According to Burundian authorities, factories that use plastic bottles or packaging before being authorized to import the products will be required to indicate how the imported products will be collected after use, and get recycled in order to conserve the environment.