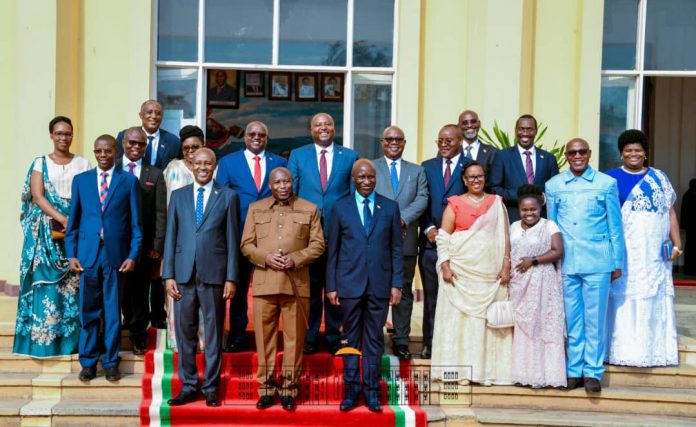 In front of the president, constitutional court and the law makers, the new Burundi cabinet was sworn in after the former Prime Minister Alain Guillaume Bunyoni was relieved from his duties, earlier on Wedneday the parliament voted for the new Prime Minister Gervais Ndirakobuca.

Other Burundi ministries like foreign affairs, Trade, communication, solidarity were all retained and took oath Friday 9th.9.2022 at the parliament in Kigobe.

The impeaching of the former Prime Minister came after President Evariste Ndayishimiye warned of individuals who threatened to overthrow his government.