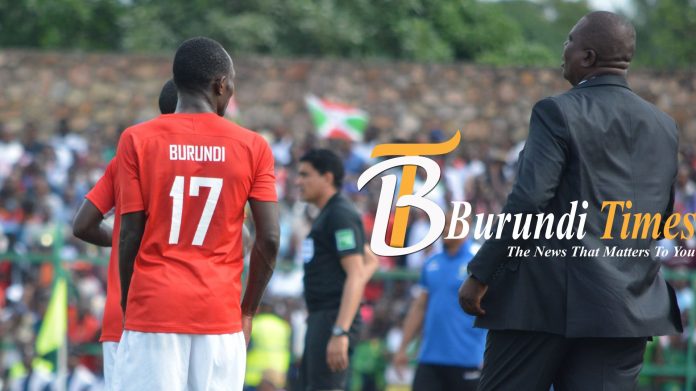 Burundi’s Intamba mu Rugamba (the Swallows) was on Sunday eliminated in the first round of the qualifiers to the 2022 FIFA World Cup by Tanzania’s Taifa Stars.

After a 1-1 draw in Bujumbura last week, Burundi’s national team needed a must win in a return leg in Dar es Salaam to qualify for the second round of the qualifiers where the 14 winners from the first round will be joined by the other 26 African nations in the group stages.

In the second leg Mbwana Samata Tanzania’s skipper broke the deadlock in the 29th minute with a fine header to put Tanzania in the front, but Burundi responded just at the injury time of the first time when Mohamed Amisi passed a clean ball to Fiston Abdu Razak to slot home inside the 18 yard box.

Tanzania won 3-0 in penalty shootouts with Burundi’s ace Saido Berahino and Gael Bigrimana all missing from the spot kick.

The first round of CAF qualifiers for the FIFA World Cup Qatar 2022 features 28 teams competing for 14 slots in the group stage, where the 26 top-ranked teams await.

“It is a poor result for Burundi because we had faith in the national team after a good display in the African Cup of Nations but the two legged match with Tanzania shows a lot of work needs to be done,” said Achel Niyongere a Burundian sports analyst.

“I think lack of games in some players and the coach is not up to the standard to use some of the team’s top players in their position or the right formation is also a challenge,” he added.

Tanzania joined Ethiopia, Equatorial Guinea and Liberia to the group stages of the FIFA World Cup 2022 qualifying round.

The FIFA World Cup 2022 qualifying process was modified as round one having 28 lowest ranked nations play two-legged ties, round two the 14 winners from the first round will be joined by the other 26 African nations. Those 40 teams will be split into 10 groups of four teams, with the group winners advancing to the final round.

And finally round three the 10 group winners will be drawn into head-to-head, two-legged ties for one of the five places at the World Cup, the third round fixture is expected to the played in November 2021.