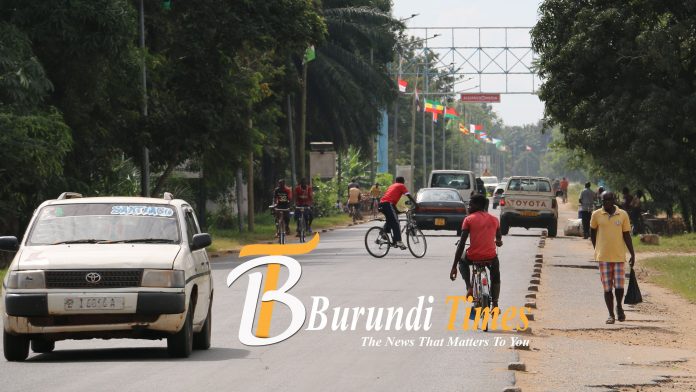 Burundi’s permanent representative in the United Nations Albert Shingiro said that Burundians were aware that the 2015 coup plotters against elected institutions are not ‘dead or buried’. PHOTO| Burundi Times

The Human Rights Watch has called on the United Nations Human Rights Council to extend the mandate of the Commission of Inquiry on Burundi during its ongoing session in Geneva.

“The Commission of Inquiry’s report confirms that grave and widespread human rights violations are persisting,” said Lewis Mudge, Central Africa director at Human Rights Watch. “Despite these findings, Burundian authorities minimize and deny the gravity of the situation and have stepped up pressure on refugees to return.”

Last week the Commission of Inquiry (COI) concluded in its report that “serious human rights violations including crimes against humanity have continued to take place since May 2018, in particular violations of the right to life, arbitrary arrest and detention, torture and other forms of ill-treatment, sexual violence, and violations of economic and social rights, all in a general climate of impunity.”

The COI report indicated the “existence of a climate of fear and intimidation of all those who do not demonstrate their support for the ruling party, the CNDD-FDD.”

The government of Burundi declined to cooperate with the Commission arguing that it was imposed by human rights and the European Union.

Burundi’s permanent representative at the United Nations Albert Shingiro said that Burundians were aware that the 2015 coup plotters against elected institutions are not ‘dead or buried’, “some actors like Doudou Diene and allies seek to resurrect them by perfidious reports to destabilize Burundi on the eve of the 2020 elections.”

Doudou Diène is the chairman of the Commission of Inquiry on Burundi which was created on September 30, 2016, by resolution 33/24 of the United Nations Human Rights Council.

Despite the UN COI still in place to investigate crimes committed during the 2015 political crisis, Burundi government declined to cooperate with the three members of the commission declaring them as persona non grata in the territory.

In September last year, Burundi government declared the three members of the COI persona non grata accusing them of trying to destabilize the country, and that the country was disappointed with the content of false and defamatory report from the Commission of Inquiry.

The experts forming the COI were tasked with collecting information on human rights violations and transmitting it to national judicial authorities to ensure accountability. The team was also tasked with providing the Burundian government with recommendations for technical assistance and capacity-building to combat impunity and uphold human rights.