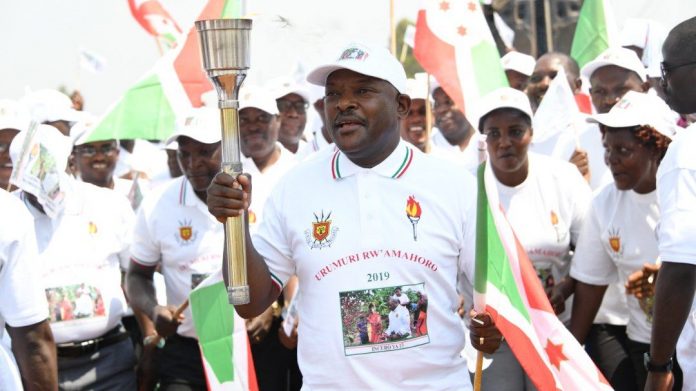 While in Karusi province located in the north eastern part of the country, Burundi president Pierre Nkurunziza launched the 13th edition of the peace torch tour in efforts to promote peace and solidarity within Burundians.

A caravan of government officials, local administrators and citizens are expected to take part of the tour in their respective provinces, the torch is traditionally presented to the governors of all the eighteen provinces of the country.

During this period governors mobilize citizens and administrators to engage in different development activities throughout the province.

The annual peace torch tour is expected to last for ten days as different activities will be conducted including the construction of public buildings, schools, hospitals, stadiums and markets.

The first edition of the peace torch tour was launched in 2006 with the aim of unfurling the message of peace through development work or activities.

According to president Nkurunziza, “the peace torch is not only a sign of peace and security throughout the country but it is also an opportunity to encourage the population to get down to development work.”

In the 2018 peace torch marked the construction of public buildings that includes the inauguration of a modern ‘Vyerwa vy’Imana’ market in Mwumba commune located in president’s home town of Ngozi.