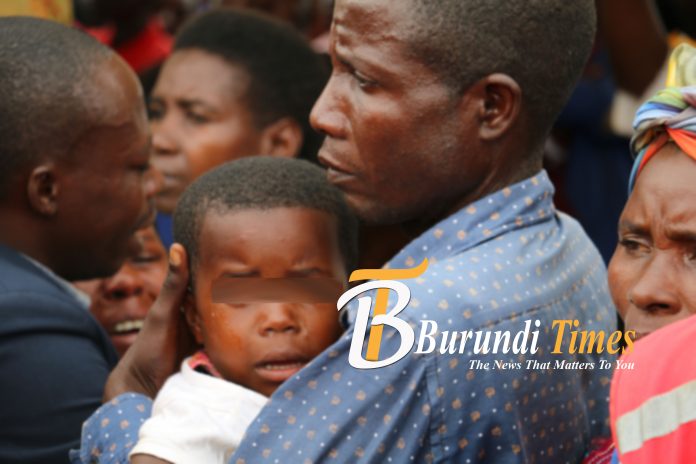 Most of the young girls and women from Burundi who are trafficked to Asian countries hoping for a greener pasture end up in life threatening conditions. PHOTO| Burundi Times

Timothy Niyonkuru a 28 year old Burundian and a father of a two year old Jaquelin, his wife was in 2017 intercepted and detained by the Burundian police while being trafficked to Oman. But still the wife made her way out of the country to Asia in desperate for a better life, Timothy says ever since the wife left for Oman his life will never be the same.

“My case was heart breaking because she told me she was leaving and will not come back because of poverty… because I have no money and am jobless,” said Niyonkuru who lives in Cibitoke a Bujumbura neighborhood.

Niyonkuru’s wife left him with a two year old baby girl as she was desperate to leave for a greener pasture, “she never told me where she was going but only said to me that she couldn’t wait any longer.”

Most of the young girls and women from Burundi who are trafficked to Asian countries hoping for a greener pasture end up in life threatening conditions.

“We rarely talk on phone as she may be restricted to communicate to the family or relatives back home,” sadi Timothy.

Despite the government’s crackdown and strict measures on acquiring travel documents in Burundi, human trafficking is still striving as the latest incident took place in March this year involving Kenyan police that rescued 25 Burundian girls while being trafficked to Asia.

Burundi government says that it had stepped up against human trafficking in the past including arrests of suspected traffickers and closing down some of the presumed companies.

In 2018 authorities said at least 11 companies were involved in human trafficking and were banned from operating, more than 20 traffickers arrested and hundreds of women have been intercepted and incarcerated by the police from the hands of traffickers.

Visiting Buyenzi a suburb which is less than 2km away from the city center is where some of the traffickers are said to conduct their businesses quietly and stealthily. Burundi Times managed to meet one of the traffickers who was on her way to Nairobi and she preferred not to disclose her name. We call her Nadine.

“We always have well positioned people here who help us to transport them (girls) across the borders as it is a very risky business now,” she said.

Despite being in contact with their “bosses” in Asian countries, human trafficking agents do not know their employers physically.

“I can tell you that I don’t even know how my boss looks like because even on WhatsApp they don’t upload their photos on the profile.”

Traffickers are in most cases linked up with their customers through relatives living in Asian countries, the ‘boss’ will introduce them to other bosses and the chain continues like that.

According to Nadine she is paid $200 per person upon arrival of the trafficked victim in the country of destination, she believes that it is not a bad deal if she can just linkup people and get $200.

But sometimes it is not only linking up people but the decision for the victims to travel to Asian countries desperate for greener pasture result into life threatening consequences.

Majority of the youth get desperate mainly young girls who become prey to the human traffickers, despite the cumbersome journey to Asia.

The journey starts from Bujumbura after obtaining a passport, according to the traffickers previously it was easy to get a passport as it took less than two weeks to travel, but currently it takes even a month since they have to inspect and know how the security is on the road, how she will go, where to stop and when to leave.

From Bujumbura victims mostly travel by bus to Makamba province bordering Tanzania according to the traffickers, here they meet an agent who is assigned to receive them.

“Agents in Makamba are in charge of transporting them across the border because in most cases they can be arrested when they go alone…so we always have famous people there who are paid for that,” said Nadine.

These agents make sure victims cross the border to Kigoma (Tanzania) where they are handed over to another agent, the agent receives, accommodate and prepare them for their next travel to Kenya through Kahama.

In Kenya the same procedure is made by another agent for their final journey to Oman, Saudi Arabia, UAE or Kuwait.

“Normally the photos of the women/girls being trafficked are sent to the agents beforehand for easy recognition at the bus stop on arrival,” said the trafficker.

Depending on the country, these young and desperate girls and women are paid differently but leaving their countries knowing they are going to do house work, but some end up being entangled in unexpected environment.

Latest reports indicate they end up being sexually assaulted, raped or even killed, house work in Kuwait for young girls or women is said to be costing about $300-$350 per month, Saudi Arabia ranges from $200-$250 and Oman from $150-200.

Despite the salary looking attractive for a person living under poverty, many end up not getting paid for their services and later deported or sexually harassed by their employees.

Before 2015, traffickers used northern corridor route which they believed was more feasible and affordable via Uganda. Now most of the traffickers resorted to the alternative route through Tanzania.

“Now Qatar has just been added to the list of the Asian countries where most of the trafficked Burundian girls end up and this is because of the preparations of the 2022 World Cup,” said Prime Mbarubukeye the chairman of the OLCT.

Human trafficking in Burundi has not only affected the lives of the victims, but has led to the breakup of families.