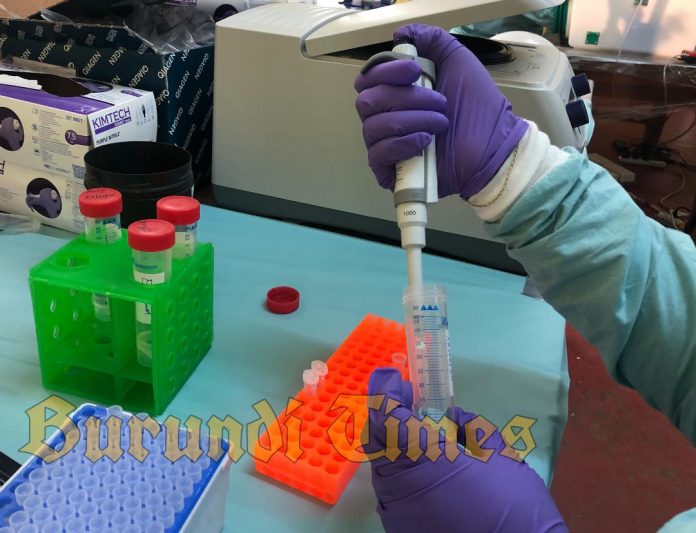 Out of five confirmed cases one person who was under intensive care unit passed earlier Sunday that sparked social media in the country to make rounds of photos reportedly suggesting the patient died of the virus on Sunday. PHOTO| FILE.

Burundi has recorded its first Coronavirus death after a 41 year old man died on Sunday April 12 in one of the private hospitals in Bujumbura.

Burundi had last week confirmed new cases of COVID-19 that increased the total infection of the virus in the country to five.

Out of five confirmed cases one person who was under intensive care unit passed earlier Sunday that sparked social media in the country to make rounds of photos reportedly suggesting the patient died of the virus on Sunday.

“A person who tested positive of coronavirus and was hospitalized at Kira Hospital died due to complications of other associated pathologies”, said the spokesperson of the ministry of health, Mr J. Bosco Girukwishaka in a press conference this Monday April 13.

As reported by family members, for long the deceased battled cancer and other illnesses.

In press conference on Saturday, Burundi’s minister for health Thaddée Ndikumana confirmed 2 new cases including, “the four remaining are under treatment and exhibit gradual recoveries,soon they will be discharged”, said the minister.

As Burundi mourns the first death related to the COVID-19, the pandemic virus has stirred up and paralyzed the normal lives of citizens.

In the fight of containing the pandemic, last month the Government of Burundi implemented strict countermeasures in suspending flights, closing its borders with neighbouring DRC and Rwanda.

In Burundi, public gatherings, public transport, Mass in churches, and large meetings are still observed despite the threat of covid-19. However health measures have been taken since then.

“Though we do our best, the Government should implement strong follow ups to maul people who give a cold should to sanitary and washing kits”, said Jean Claude Manirakiza a resident in Bujumbura.

Among the EAC member states only three countries have recorded fatalities due to the Coronavirus Kenya 9, Tanzania 3 and Burundi 1.