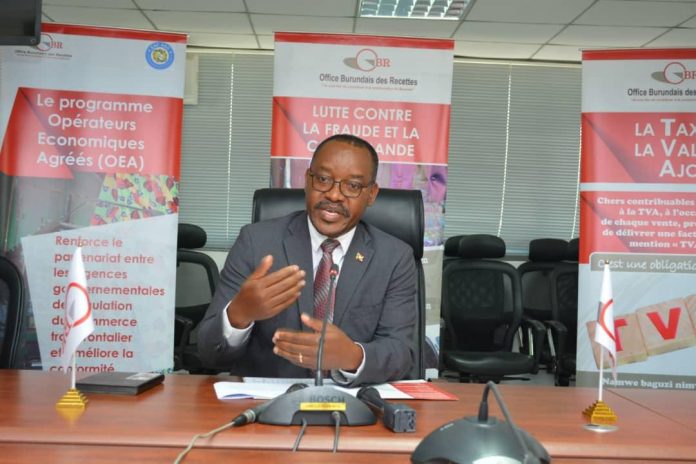 Burundi’s Revenue Authority (OBR) recorded an increase in the revenue collection country wide despite Coronavirus Pandemic that has hit the country including other neighboring states.

Burundi had announced the suspension of the passenger planes and all commercial aircraft to and from the country in efforts to prevent the spread of Coronavirus in the country.

“Coronavirus pandemic affected the tax collection since it caused border closure and the airspace but on frontiers it wasn’t much affected,” said Audace Niyonzima the OBR Commissioner General.

According to the country’s Revenue Authority operations against fraud and smuggling were conducted since January which led to the recovering of an estimated 440,810,604 BIF (approx. $233,233).

The main products that were intercepted were from Democratic Republic of Congo, Tanzania and United Arab Emirates (Dubai). These included 5912 loincloths, 252 liters of wine, 256 bottles of juice and lemonades, 2 motorcycles, 268 plastic bags, 338 mobile phones and fake documents from East African Community worth 256,712,877 BIF as for the customs fraud and tax fraud was at 2,380,426,141 BIF.

We bring you the news that matters to you!
Contact us: @Burunditimes.com
© BurundiTimes 2021