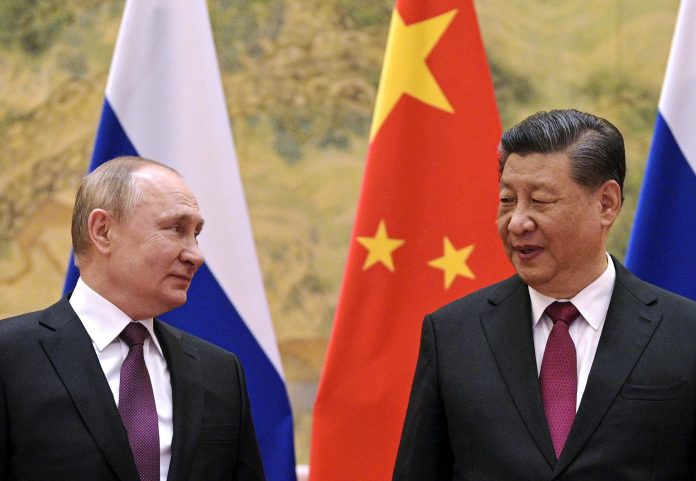 Noting the recent situation in eastern Ukraine has changed dramatically, causing great concern in the international community, Xi told Putin that China’s position on the Ukraine issue is based on the merits of the matter concerned.

The Chinese president urged all parties to completely abandon Cold War mindset, respect and attach importance to each other’s legitimate security concerns and strive for a balanced, effective and sustainable European security mechanism through dialogue and negotiation.

Xi reiterated that China’s position of safeguarding the sovereignty and territorial integrity of all states and abiding by the purposes and principles of the UN Charter has been consistent.

Putin, for his part, introduced the historical context on the Ukraine issue as well as Russia’s position on launching the special military operation in eastern Ukraine.

He also told Xi that the Russian side is ready to conduct high-level negotiations with the Ukrainian side.

During their phone conversation, Xi once again expressed his gratitude to Putin for coming to China to attend the opening ceremony of the 2022 Beijing Winter Olympics and congratulated Russian athletes on reaching the second place in the medal table.

Putin warmly congratulated all Chinese people on the complete success of the Beijing Winter Olympics and the outstanding performance of the Chinese delegation.