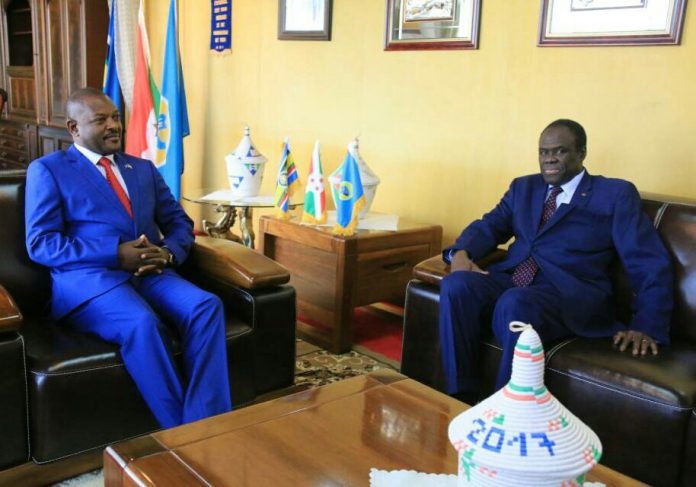 The erstwhile Burkinabe president Michel Kafando is set to leave Burundi at the end of November 2019 as his term as a Special Envoy of the UN Secretary General to Burundi comes to an end.

Mr. Kafando was appointed by the UN Secretary General Antonio Guterres in May 2017 to lead and coordinate UN support in efforts to promote peace and sustainable development in Burundi.

The UN Secretary General’s special envoy coordinated UN assistance to the Inter-Burundi Dialogue, an initiative of the East African Community aimed at resolving political tensions dating back in 2015 when the incumbent president Pierre Nkurunziza vied for another term in the office.

“Mediating peace is a delicate and progressive enterprise in which we all step in at some point to contribute our bit I will continue to follow developments in the country with keen interest,” said Michel Kafando.

During his tenure Mr. Kafando was accused of providing biased information to the United Nations General Assembly by the Burundian government.

Mr. Kafando briefed the Security Council last year in a meeting in New York, that the environment in Burundi was not suitable for the conduct of the credible elections.

Burundi government snubbed the report indicating that the country was peaceful and that the whole referendum process in 2018 was conducted successfully.

Burundi amended the country’s 2005 constitution with the new constitution extending a presidential term from five to seven years as per Article 97, “the president of the republic is elected by direct universal suffrage for a renewable term of seven years.”

Next year, Burundi will be organizing its first ever self-funded general elections next year under the new 2018 constitution.

Previous elections in Burundi were funded mainly by European Union and US who in 2015 suspended direct aid to the government citing Human Rights violations in the country.