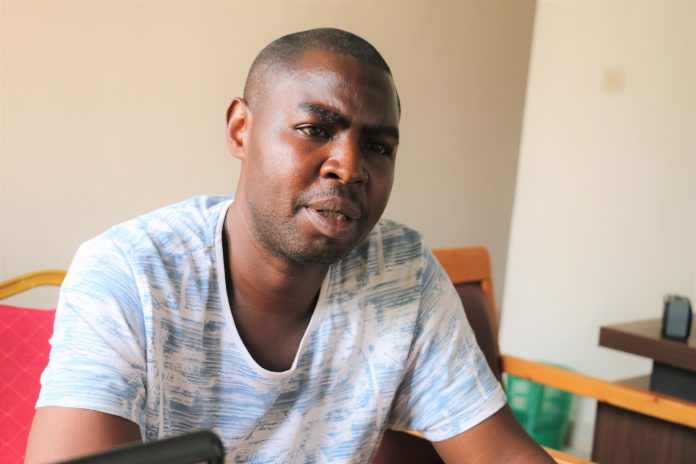 Vincent Kayanzari is a Burundian, born in Uganda in 1981. Born in a farming family located near a forest reserve, Kayanzari is now a vanilla farmer, started farming at the age of 13 after getting some Knowledge from school.  He spoke with Burundi Times’ Joella Niciteretse on how vanilla business is like.

When did you start cultivating Vanilla? Why?

We were born in an area where there was a forest reserve. The place used to have wild animals Lions, Buffalos, Gorillas even Monkeys which used to eat all our plants including Potatoes, Cassava, bananas, and even Maize. So we could end every season without any harvest as wild animals could eat the crops so we decided to go for vanilla instead. Because these animals cannot eat vanilla.

Why have you dedicated your life to the cultivation of vanilla?

Back early on when I was 6, I was watching my father’s way of protecting plantations. He used not to sleep, he had to keep watching wild animals so that they would not eat or destroy our plantations.
It was difficult for a 6 or 7 years old child to stay awake so as to ensure there is a total protection for the whole day.  We could wake up finding the garden empty. All the work done over the period of 3 months results is nothing. We were under punishment every time. Parents were asking where we were when the monkeys came.
I felt sorry for myself and the whole community, the way we were poor and still planting in vain. That was too sorrowful. It helped me to focus on what I could do to help my community while aiming to get an income.
A bit later when I was about 13 years old, I started to get some knowledge from school that Cocoa and Vanilla can grow in the forest so I decided to try growing Cocoa and Vanilla so that even when those wild animals invade the field I could still harvest.

How and what were your first experiences as a Vanilla farmer?

Vanilla is somehow very hard to plant but very simple if you motivate yourself. Planting vanilla requires only fertile soil and a small knowledge… I mean like a 3 months course on how to plant vanilla. But It is too hard to harvest Vanilla, that is the only technique of vanilla and nothing more. In harvesting vanilla, a farmer has to stay in the garden for more than 3 months sleep less time because the flowers and the pollen grain cost farmers a lot. A farmer has to watch each and every flower for hours, not even on a whole day. A farmer has only 9 hours to watch on flowers, once those 9 hours are over the pollen grain couldn’t enter the Stigma so that Vanilla bean is lost. And losing one vanilla equals 3 dollars or even more. So from Pollen grain and whatever it takes 3months to know whether you have made a loss or profit.

How is the vanilla market?
Vanilla prices depend on every year, it does not have a minimum or a maximum price, but it keeps increasing every year. As of today, in overseas, a kilogram of vanilla costs $300 to $500 dollars and here in the East African.

How is vanilla harvested for the startups?

Vanilla is harvested twice a year, it has two seasons there is the May season also called Low season and the high season in December. People can harvest a lot of it during that season. Harvesting depends on the weather. First of all, we plant vanilla in the high season, from October-November to December, which is a rainy season. But from January- February, we are having another rainy season which cannot allow you to plant because it is a low season.

What challenges have you encountered during this journey?

Until now, the very big challenge in planting Vanilla and cocoa is when you are telling someone about this project, it becomes a very big problem to be understood because Vanilla takes 3 years to be harvested. So telling someone that it will take him 3 years to harvest while informing him that the same business for startup will cost 20 to 50 million Burundi francs, that person may not take you serious. The second challenge is the work while the third challenge is the insecurity because we are facing dishonest individuals in that business. You can Plant your plantation and then in the morning they have stolen the whole garden, it becomes a very big loss mainly after 5 years of sweat.

What is your production capacity?

Right now I can’t say I have any capacity here in Burundi because I started this project for a year and half now.

What can you do to avoid losses in this sector?

All what is needed to avoid losses is to work with a good team. Working with a bad team you will never get any interest in Vanilla so you have to be with a good team whole year round.

What is needed to put Vanilla farming to another level in Burundi?

Here in Burundi we need to work in cooperatives and with the government because with cooperatives, when you are together we can have big lands and good workers, we will need government support to lead us to the international market.

What is your vision five years from now?