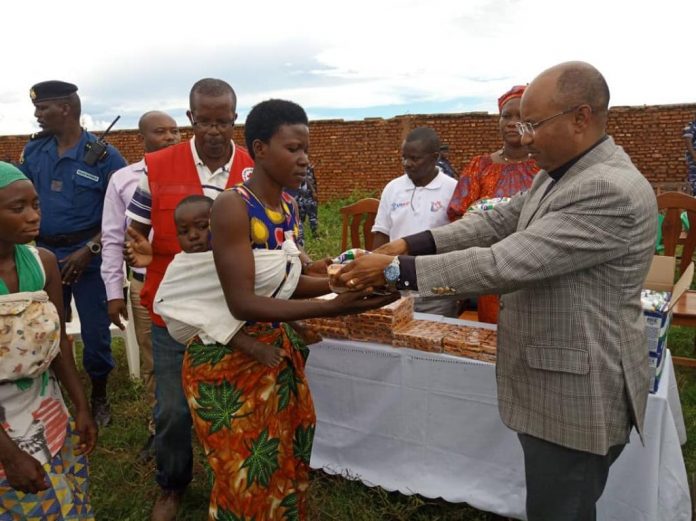 Burundi government earlier this week provided food and other basic humanitarian needs to families and flood victims who lost their property during a heavy downpour last Sunday in Gatumba located in Bujumbura.

According to the Burundian government more than 27000 people were left stranded after river Rusizi bursted and flooded to the nearby homesteads.

“In this period we are experiencing heavy rains and the water level of lake Tanganyika has increased so residents have to be displaced from their homes,” said Antoine Ntemako, General Director of citizen protection in Bujumbura.

“We are here by the road side after the flooded destroyed our properties the whole Gatumba is submerged in water and it’s now difficult to get shelter, “said one of the victims.

According to the Burundian authority an estimated 6,000 houses were washed away by the floods, the public security minister vowed to provide shelter for the families and flood victims in the area.