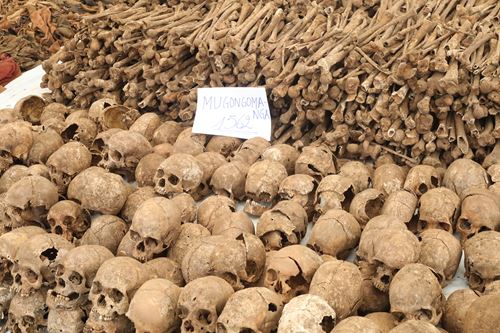 “This crisis is commonly known as the Ntega and Marangara Killings even though the TRC has already obtained information which proves that the crisis has also affected other provinces such as Muyinga, Karusi and Bujumbura,” part of the statement reads.

The Truth and Reconciliation Commission’s (CVR) mandate starts from 1885 when many African countries were partitioned, the commission is expected to investigate all the crimes which were committed during the civil in Burundi until 2008.

“The Commission invites anyone with a minimum age of 50 years, who wishes to shed light on these events, to come and do so with Commissioners and Executives of the Commission who will be deployed in the two communes of Ntega and Marangara, from March 20 to April 03, 2022,” a statement reads.

The Truth and Reconciliation Commission estimated about 4000 mass graves countrywide which are expected to be investigated.

TRC had gone under criticism by some critics accusing the commission of only investigating massacres when Hutus were largely killed, “we are going in phases that’s why we started with 1972 we will investigated until 2008 so we won’t skip any event,” said the president of the commission Pierre Claver Ndayicariye earlier on.

As part of the healing and reconciliation process between Burundians after the brutal ethnic violence that led to hundreds of thousands losing their lives, the 2000 Arusha agreement that played a great role to put an end to the civil war in the country recommended for the formation of the Truth and Reconciliation Commission.

The Commission was formed in 2014 for the reconciliation of Burundians to soothe and heal the hearts and restore Burundian society on the path of change and equal progress.

The mandate of the TRC is to conduct investigations and establish truth about the serious violations of human rights and international human rights law from 1885 to the date of signing the cease fire agreement with FNL in 2008.

In December last year the Truth and Reconciliation Commission presented its report to the parliament that was unanimously voted and approved that the 1972 massacre was a genocide against the Hutu.

After three years of investigations and exhuming the remains of the victims that were dumped in mass graves in at least 10 provinces countrywide, the TRC said that hundreds of Burundians were killed by the then government because of their ethnicity.