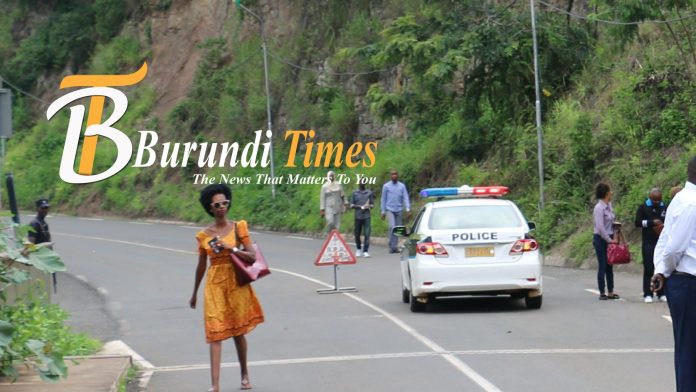 Kigali indicated that the deceased were identified as Job Ebindishanga aged 32 and Bosco Tuheirwe 35. PHOTO| FILE

Two Ugandans believed to be business men were shot dead in the early morning of November 10th 2019 by the Rwandan police, police in Rwanda said that a group of suspected smugglers crossed inside Rwandan territory in Nyagatare district from Uganda.

“The smugglers became violent and assaulted police officers who reacted in self-defense shooting dead two while the rest escaped,” a statement read from the Rwanda National Police.

Kigali indicated that the deceased were identified as Job Ebindishanga aged 32 and Bosco Tuheirwe 35.

According to sources in Uganda the police in Rukiga district launched an investigation into the alleged killing of the two business men in Rwanda about 1 km away from the Mpororo border post.

This comes as the two country’s relation continue to deteriorate as Rwanda accused Uganda of arresting, torturing its citizens while supporting rebel groups of Rwanda National Congress (RNC) and Democratic Forces for the Liberation of Rwanda (FDLR) who are accused by Kigali of committing the 1994 genocide.

Kampala accused Rwanda of infiltrating into the country’s internal security and involvement of carrying out serial killings of high profile figures in Uganda.

In August 2019 Rwanda and Uganda signed a peace agreement in Angola’s capital Luanda in efforts to ease the tension between the two countries, the two presidents agreed to respect each other’s sovereignty and that of neighboring countries.

President Yoweri Museveni and Rwanda’s Paul Kagame agreed to refrain from actions conducive to destabilization in the territory of the other party, the implementation of the Luanda peace agreement is still an uphill for both countries as Rwandans are still restricted by the authorities in Kigali to travel to Uganda.