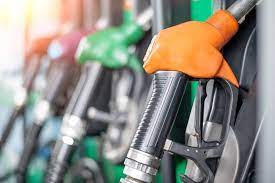 The United Nations World Food Programme (WFP) has warned that the ongoing conflicts between both countries could cause a hike in the prices of food items and fuels in Afghanistan.

WFP has provided life-saving assistance for 12 million Afghans since the beginning of 2022 but has added that 95 percent of 38 million Afghans do not have access to sufficient food, Khaama Press reported.

WFP Spokesperson Shelley Thakral has said that WFP has so far spent USD 2 billion for providing food in Afghanistan and added that they need another USD 1.6 billion to continue the assistance.

Thakral further stated that Afghanistan has not fully been forgotten by the donor countries but the crisis of 3.2 million Ukrainian refugees and the attacks of Russia on Ukraine has made Europe much busier, Khaama Press reported.

Earlier, dozens of Kabul residents complained about the high prices of food materials, saying that has been no significant reduction in food prices despite the dollar’s value dropping against the Afghan currency.

One dollar is being sold for 86 Afghan Afghani (Afs) on Sunday, local media reported. Locals urged the Taliban-led government to take initiatives to control the price of essential commodities.

Earlier, UNICEF has said that half of the Afghan children under the age of five will face severe malnutrition in 2022.Mass poverty in Afghanistan and this hike in food prices are leading to millions of children starving.

These international aid agencies have been calling on the world community to support the Afghan people at a time when they are experiencing the worst humanitarian situation in decades, the media reported.