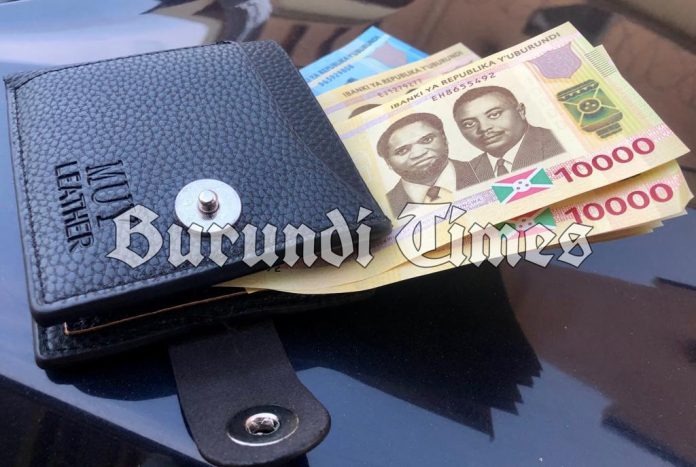 The Burundian president while addressing the parliament last week vowed to eradicate corruption and embezzlement of public funds.PHOTO|FILE.

As Burundi’s new cabinet took oath last week in the presence of President Evariste Ndayishimiye, constitutional court and the parliament, Burundi’s president reiterated his plans to fight corruption in the country for the next seven years during his tenure.

“In collaboration with Citizens let us close all the doors to the embezzlement of public funds…any money which gets in the treasury we should make sure it contributes to the development of the Burundians,” said president Ndayishimiye.

The Burundian president while addressing the parliament last week vowed to eradicate corruption and embezzlement of public funds.

According to the 2019 report released by Transparency International, out of 180 countries Burundi is ranked at the 165th position the least ranked country in the East African Community followed by Uganda 137, Kenya 137, Tanzania 96 and Rwanda at 51.

Burundi’s president Evariste Ndayishimiye called on citizens to denounce anyone including government officials who might have been involved in corruption or embezzlement of public funds, however citizens expressed mixed reactions over the president’s call.

“It will depend on the person being denounced I can’t venture to denounce any hierarchy I may only denounce the casual officials, “said one of the residents in Carama located in the outskirts of Bujumbura.

In Bujumbura some of the public transport drivers bragged about bribing some officials when caught breaking the law, arguing that they can easily give a handout to the officials which is less costly than the actual fine they would have paid.

“All corrupt sectors and those involved in embezzlement are known only what is remaining is to trap them and get rid of them,” said the Burundian president.

As some of the citizens remained skeptical of denouncing corrupt officials, but the Burundian president said that suggestion boxes will be availed in the local administrative offices for every citizen to feel free to express his or her own concerns, “I will send special envoys to collect all those suggestions so as investigations can be done to the allegations,” said the president.

During his 15 years in the office, Burundi’s late former president Pierre Nkurunziza launched an anti-corruption policy in August 26, 2010, it is now under the new leadership that many believe that good governance and zero tolerance on corruption will be envisaged.