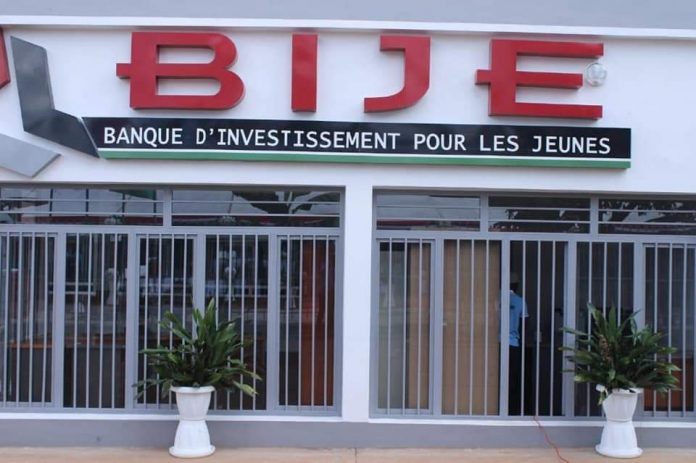 Burudi’s president Pierre Nkurunziza together with Evelyn Butoyi the minister for youth during the official launching of the bank in Gitega on April 15th. 2020. PHOTO| Burundi government.

Burundi’s minister for youth Evelyne Butoyi said that the investment bank aims to support youth driven projects to enable job creation, “it will fund projects initiated by young people in associations, cooperatives and law firms in Burundi”, she said.

In 2018, President Pierre Nkurunziza had promised to set up a bank for the young generation. This came from the government’s retreat in 2017 between the authority and the youth representatives in the country.

The youth investment bank (BIJE) was launched with a capital of 10 billion Bif  (USD 5.3 million). Among which 15% share is owned by the government and 85% owned by communes.

According to demographic research, Burundian population gravitates around 12 million in which 65% are youths, the same percentage is the most hit by unemployment.

To access the funding, “they do not require an account”, said Donatien Harerimana an economist in Bujumbura. And that only a project suffices as an approved and verifiable group with a physical address.

Moreover, other criteria will be looked upon including the field work whether the project generates income, and provides job to other youths as well.