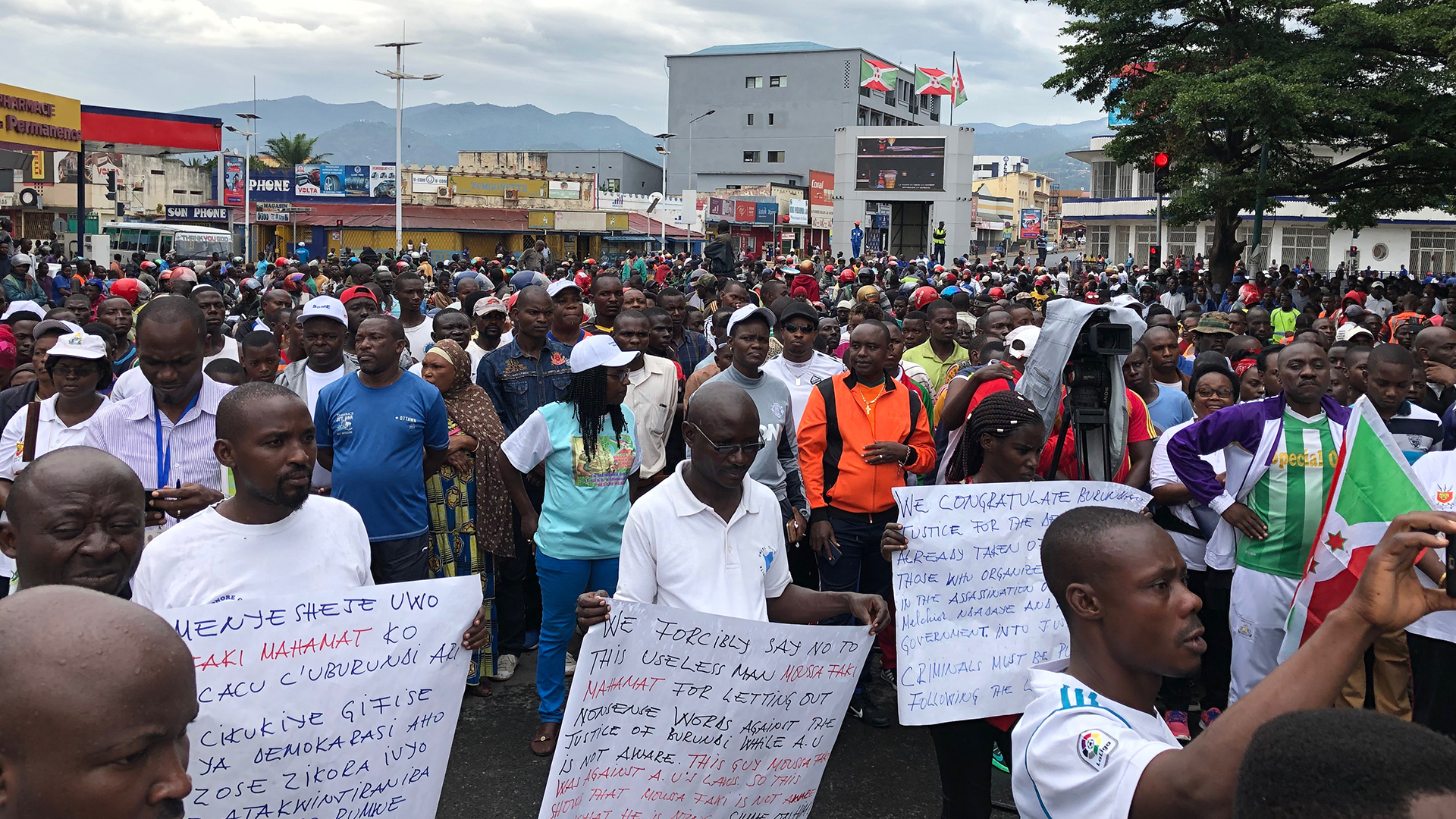 28 years since Burundians voted for the charter of national unity in a referendum conducted on February 1991, in 1992 the country made 5th February a public holiday for remembering when Burundians voted for the unity charter in the referendum that saw more than 85% of the voters supported the move. The unity day is meant to reconcile the two major ethnic groups of Tutsi and Hutus in the country, ethnic divisions in the country resulted into violences in 1972 and 1994 that led to the killing of more than 300,000 people.

The Hutu and the Tutsi are two large ethnic groups that mainly live in Rwanda and Burundi. Although about 85% of Burundians are Hutu, the political power used to belong to the minority Tutsi. The social differences and ethnic tensions between the Tutsi and Hutu peoples led to political unrest in Burundi

“Unity should not only end in words but we should show it through deeds, in actions and in our everyday life,” said Burundi president Pierre Nkurunziza in a statement commemorating 28 years since the charter was signed.

The Unity day in Burundi was introduced by then President Pierre Buyoya in an attempt to reconcile the warring ethnic groups of the Tutsi and the Hutu.

The charter aimed to abolish ethnic discrimination and give a mandate for the government to write a new constitution, it was approved by 89.77% of voters with a 96% turnout. Following the Charter’s approval, work began on the drafting of a new constitution which was approved in a referendum held on 9 March 1992. It was promulgated on 13 March 1992.

Burundi’s president said that Burundians were commemorating 28 years of national unity in a period eyeing the 2020 elections, “We are proud of how Burundians are united in collecting and fundraising the contributions for the elections.”

In 2017 Burundi government called on citizens to voluntarily contribute to the 2020 general elections after key donors including the European Union and the United States suspended direct aid to the government, citing human rights violation in the country since 2015.

Burundi was hit by ethnic violence since the country gained its independence in 1962, it was not until 2000 when the Arusha agreement was signed that brought an end to decade long violence by introducing ethnic quotas. The army is supposed to be represented by 50-50 representation from the two ethnic groups while other public organs and institutions Hutu ethnic group is represented by 60% while 40% by the Tutsi.

Two years after the referendum that had approved the national unity charter, the country’s first democratically elected Hutu president Melchior Ndadaye was assassinated in 1993 after three months in the office.

His death sparked an ethnic violence since he was a member of Front for Democracy in Burundi (FRODEBU), a political party that was considered as a Hutu political party.

“In our ideology we are people centered and satisfied on how Burundians have united themselves and to live with the past,” said the spokesperson of the ruling party CNDD-FDD Nancy Mutoni.

Burundi’s ruling party CNDD-FDD came into power in 2005 after a transitional government that was led by President Domitien Ndayizeye.

In the country citizens can easily recognize themselves whether one is from a certain ethnic group, but there is a trend of inter-marriages in the country which is expected to build the bond between the two ethnic groups.