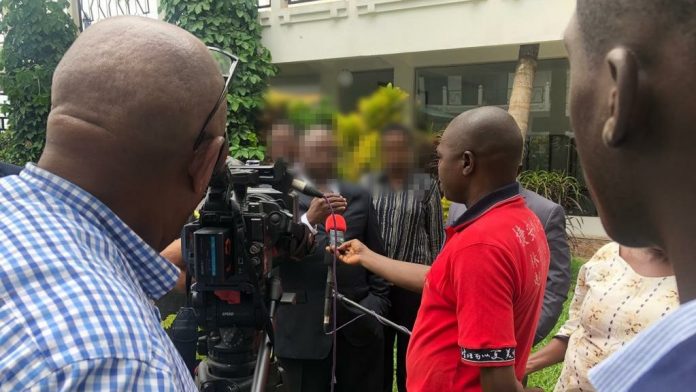 According to the local newspaper, the team of journalists presumably arrested in Bubanza were travelling to accomplish an assignment.

“We call for the immediate release of our journalists Agnes Ndirubusa, Christine Kamikazi, Egide Harerimana, Terence Mpozenzi and the driver Adolphe Masabarakiza,” said Leandre Sikuyavuga the director of the local newspaper Iwacu.

According to the local newspaper, the team of journalists arrested in Bubanza were travelling to accomplish an assignment on Tuesday 22nd, this comes after an armed group infiltrated from neighboring Democratic Republic of Congo attacked the province.

According to the Burundian authorities, 14 of the 18 armed men were killed during the confrontation with the armed forces on Tuesday early morning.

Burundi government indicated that at least 11 rifles were seized and that the group intended a repeat of last year’s carnage of Ruhagarika in Cibitoke province.

In May last year as the country prepared for a referendum to amend the country’s constitution, 26 people including children were killed by unknown armed group in Cibitoke province which borders Bubanza province. Authorities said that the perpetrators after committing the massacre escaped to the nearby forest in the Democratic Republic of Congo.