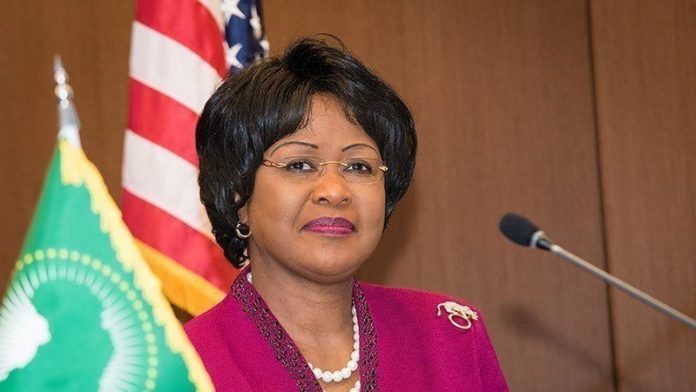 His comments comes after Dr Chihombori received a letter dated 7 October 2019 terminating her contract with effect from November 1st 2019, “we are aware of reports circulating on social media making claims surrounding the circumstances of the recall of the Permanent Representative of the African Union Mission. This is normal diplomatic practice for political appointees everywhere,” said the African Union Commission Chairperson.

Recorded clips surfaced on different social media accounts while Ms. Chihombori criticized some African leaders of remaining tight lipped on the re-colonization’  of their countries.

Arikana Chihombori-Quao’s contract termination comes after serving three years as Permanent Representative of the African Union Mission to the United States of America.

Her recall sparked critics as many believe her comments on the European, American and Chinese involvement in African affairs could have led to her sacking.

However the African Union indicated that the state or suggest that Ambassador Chihombori’s termination of service is due to any pronouncements she has made, or opinions she may have held during her three-year tenure, is patently untrue.

The African Diaspora is calling for the reinstatement Of Dr Arikana Chihombori-Quao after what it called the Unjust Removal from Office.

In the petition the African Diaspora Congress questions why she was dismissed, “who benefits from her removal? Or is Africa and peoples of African descent, still facing the debilitating effects of modern colonialism or neocolonialism?”