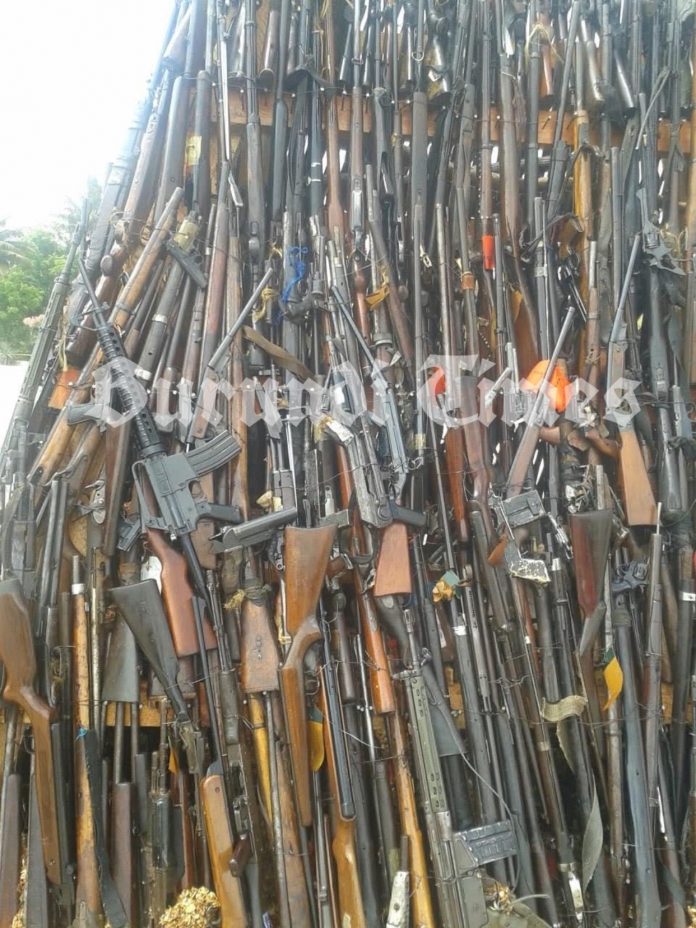 A new report released by the East African Legislative Assembly indicates how East African Community member states are implementing the Nairobi Protocol for the prevention, control and reduction of Small Arms and Light Weapons in the Great Lakes Region and the Horn of Africa.

“First of all would like to congratulate Burundi not because that’s where am coming from but for the efforts done to control and reduce the illicit small arms and light weapons in the country,” said Christopher Nduwayo EALA member from Burundi.

Burundi embarked on a programme to remove SALW illegally owned by civilians through voluntary surrender, as part of the Arusha Peace Agreement and other related ceasefire agreements reached at between the then various armed movements.

The public sensitization and awareness of the dangers of the illicit SALW were under taken in different parts of the country, immediately followed by different strategies to remove them through combining a two-year initial grace period for voluntary surrender of illicit SALW.

“This was followed by the immunity from the prosecution for civilians who were willing to surrender their SALW from 6th November 2013 to 6th February 2014, from 24th September to 24th October 2015 and from 7th January to 7th April 2020,” part of the report reads.

A total of 22,011 SALW and 211,450 ammunitions were voluntarily surrendered by civilians during the aforementioned successive grace periods of time in Burundi.

Burundi is in process to implement the provisions of the Nairobi Protocol and the national law on small arms and light weapons relating to their import, export, transfer and transit have been drafted but are yet to be considered and adopted by the Cabinet.

According to the regional assembly, there were porous borders with its neighboring countries in a region where armed conflicts have been out of control for many years, especially in the Eastern part of Democratic Republic of

Some Countries across the region have not yet marked SALW, thus making it very difficult to trace and control their cross-border trafficking. Limited or insufficient funding of the Permanent National Commission on Small Arms and Light Weapons (CNAP) by the government at a time when different partners who used to provide technical and financial support to the Commission (CNAP) have left the country.

To enhance national capacity to deal with all the issues revolving around illicit SALW, Burundi put in place CNAP which was is established as a semi-autonomous institution. CNAP is mandated to coordinate the implementation of the Nairobi Protocol and monitor compliance with other international and regional commitments of Burundi to legal instruments and policies on the control of SALW.

EALA said that all the 4 SALW marking machines have become obsolete before the CNAP could start marking SALW owned by the national army and the intelligence service of the country.

Despite Burundi having a Regional Centre of Excellence on disarmament, it is yet to be operationalized and the current Headquarters of the CNAP is not adequate to host it according to the report.

In light of the above-mentioned challenges the regional assembly urged the Council to ensure that the EAC Secretariat urgently mobilizes funds needed for the equipment and operationalization of the Regional Centre of Excellence in disarmament in Burundi.

According to the report by the United Nations Trust Facility Supporting Cooperation on Arms Regulation, the total number of guns both licit and illicit held by civilians in South Sudan stood at 3 million in 2013 and the number dropped to 1.2 million in 2017. According to the regional assembly report Uganda has collected and destroyed 98 thousand assorted weapons from 2013 to 2019.

More than 320 tons of small arms and light weapons were destroyed between 201-2017 in Rwanda.