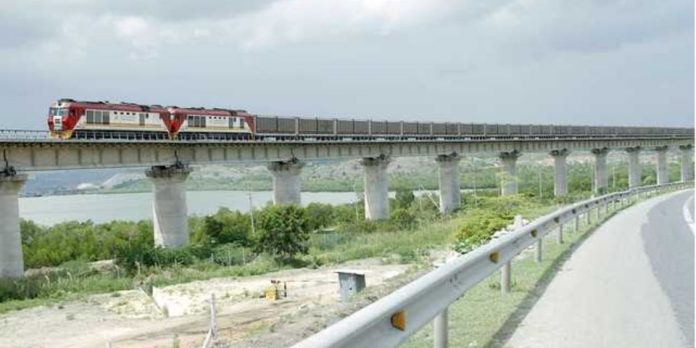 Lawmakers have given the Kenya Railways Corporation (KRC) three months to recover Sh1 billion it paid as compensation to faceless individuals that were affected by the building of the standard gauge railway (SGR).

The details of the payments to unverified individuals by Kenya Railways are contained in the 24th Report on State Corporations by the Public Investments Committee (PIC) tabled in the National Assembly.

According to the report, out of the Sh12 billion incurred on land compensation in Phase 1 of the SGR project, Sh1,043,439,897 was paid to project affected persons without the requisite supporting documents such as copies of ID cards, PIN certificates and title deed surrender from the National Land Commission.

The committee chaired by Mvita MP Abdulswamad Nassir has also put Kenya Railways on the spot for overpayments.

The committee noted that although the management has put in some effort to recover the overpaid money, only Sh5,698,770 has been recovered.

“The committee recommends that the accounting officer for the KRC should ensure that the balance of overpayments is fully recovered within three months of adoption of this report,” reads the report.

The fate of Sh200 million belonging to Kenya Railways held at Chase Bank, which was placed under receivership, is also unknown as the report says the corporation has not engaged the bank to withdraw the money.

The report says the latest correspondence between Kenya Railways and the bank was on July 22, 2020, with the lender saying the corporation has not engaged them on the money.

There is also a tussle between the two entities on the exact amount. While Kenya Railways says it is Sh204 million, Chase Bank says it is holding Sh200 million.

“The accounting officer for the KRC should ensure that all the KRC deposits at Chase Bank are recovered,” reads the report.

The committee has also raised a red flag on possible loss of Sh194 million that was included in the Kenya Railways balance sheet and described as Rift Valley Railways (RVR) transition revenue as it had no supporting documents.

“In Kenya Railways Corporation management’s admittance of absence of these records due to abrupt leaving of RVR indicated that there was a possible loss of revenue during this transition that had since been addressed,” reads the report.

The report also noted that various parcels of land worth Sh24 million belonging to the railways firm were allocated to private developers, without the consent of the corporation, by either the commissioner of lands or the defunct local authorities.

For instance, land within Limuru Railway station constituting nine industrial plots Nos. 7882/2-10 and three pieces within Kikuyu Railway Station measuring approximately two acres and parcels of land adjacent to Mombasa Railway Station measuring approximately 0.75 to one acre had been allocated to private developers irregularly with some having been developed. Further, another 529 parcels of land had been illegally allocated across the country.

However, the committee noted that out of these, Kenya Railways had sought court intervention to repossess only 27 parcels, leaving the fate of the remaining ones unknown.

The report is set to be considered by the House this week before it proceeds for its indefinite recess ahead of the General Election.