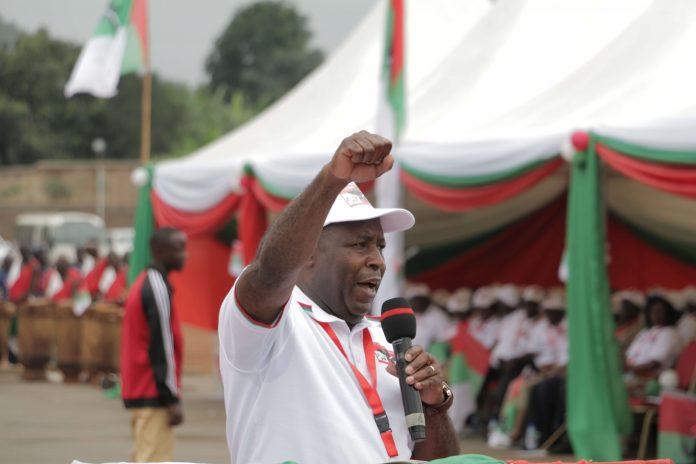 The chairman of the Independent Electoral Commission (CENI) Pierre Claver Kazihise announced that the political parties and Independent candidates were now given a green light to kick start a 21 days campaign. PHOTO| FILE.

Burundian president Pierre Nkurunziza decreed a law on April 25, 2020, allowing political parties and independent politicians to kick-off the campaign for next month’s election.

The chairman of the Independent Electoral Commission (CENI) Pierre Claver Kazihise announced that the political parties and Independent candidates were now given a green light to kick start a 21 days campaign.

“The campaign starts at 6a.m and ends at 6p.m. local time and Within the campaign are allowed parties’ songs, meetings, messages on billboards, or any other means of message delivery. Also, insults and hatred-based calls are forbidden,” President Pierre Nkurunziza’s decree reads.

After May 17 which is the date for the end of the campaigns, political party leaders and supporters were urged to stop any propaganda.

“In case defied including other rules and regulations the article 219 of the Election Code will be applied which indicates that any party that fails to obey either the period of campaign or any rule will be fined between BIF 800,000 bif to 4 million accordingly”, said the the chair of the electoral commission.

The 2020 election are set to start in the midst of the Coronavirus pandemic. The chairman of CENI called on the populations and political party members in particular to follow the directives from the ministry of health including washing hands regularly and apply social or physical distancing.

The country’s health minister Thaddée Ndikumana granted a batch of health kits to CENI and different political parties to prevent the spread of COVID-19 during the campaign.