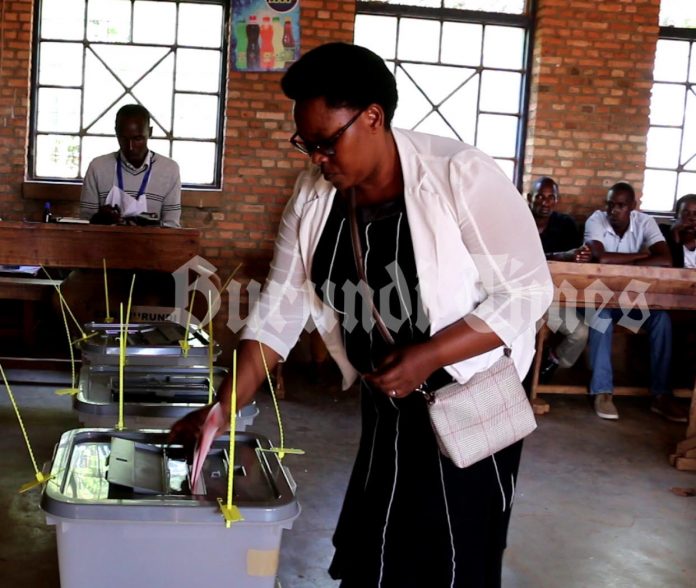 One of the voters casting her vote in Nyakabiga polling station on May 20th. 2020. PHOTO|FILE.

By 6 am local time in Bujumbura polling stations were already opened and voters queued to cast their votes for the next president that will bring an end to President Pierre Nkuruniza’s 15 years in power.

More than approximately five million Burundians casted their votes this May 20, 2020 of which over 10,000 were deprived due to the pandemic.

There have been a heavy deployment of security forces on polling stations to ensure the elections moves on smoothly.

As vote counting started late afternoon after prescribed voting time, the provisional results are expected to be announced on Monday 25th.2020.

Seven candidates are in race for the presidential seat including Evariste Ndayishimiye the current CNDD-FDD party, Agathon Rwasa presidential candidate representing CNL and Gaston Sindimwo of UPRONA who is the current Burundi first vice president.