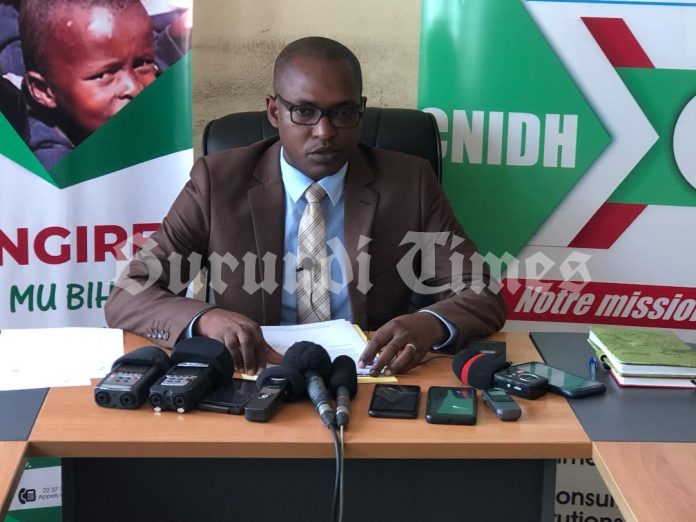 The National Human Rights Commission (CNIDH) raised concern over political parties’ use of children during the campaigns in the country, the commission chairman Sixte Vigny Nimuraba said that there was need for political parties to stop involving young children in their propaganda.

“The commission noticed that children were being used during rallies despite national and international regulations prohibiting the involvement of children in the political activities,” said Vigny Nimuraba the chairman of the Human Rights Commission.

During a press conference in Bujumbura 24th.May.2020 Mr. Vigny said that Political actors should refrain from using children in future political activities.

The commission also said that it was satisfied with the professionalism of security forces and maturity of Burundian.

Burundi’s May 20th elections was conducted in the midst of tension of which the security was heavily deployed in the city.

“The commission notes with satisfaction the high level of professionalism of security forces and the protection of human right during the electoral process, especially in these historical stages to avoid potential violence.”, said the chairman of the national human rights commission.

Burundi’s ruling party supporters and CNL members clashed during the 21 days of campaigns, according to the government at least four people lost their lives and hundreds were arrested.

CNDIH said it has facilitated more than 20 people who are expected to be released for their detention and that they were not rightly detained.

The CNIIDH called political actors to show their patriotism and respect the election result. The national commission in charge of election is expected to pronounce this Monday 25, 2020 the results of the presidential, legislative and municipal elections due this May 20, 2020.