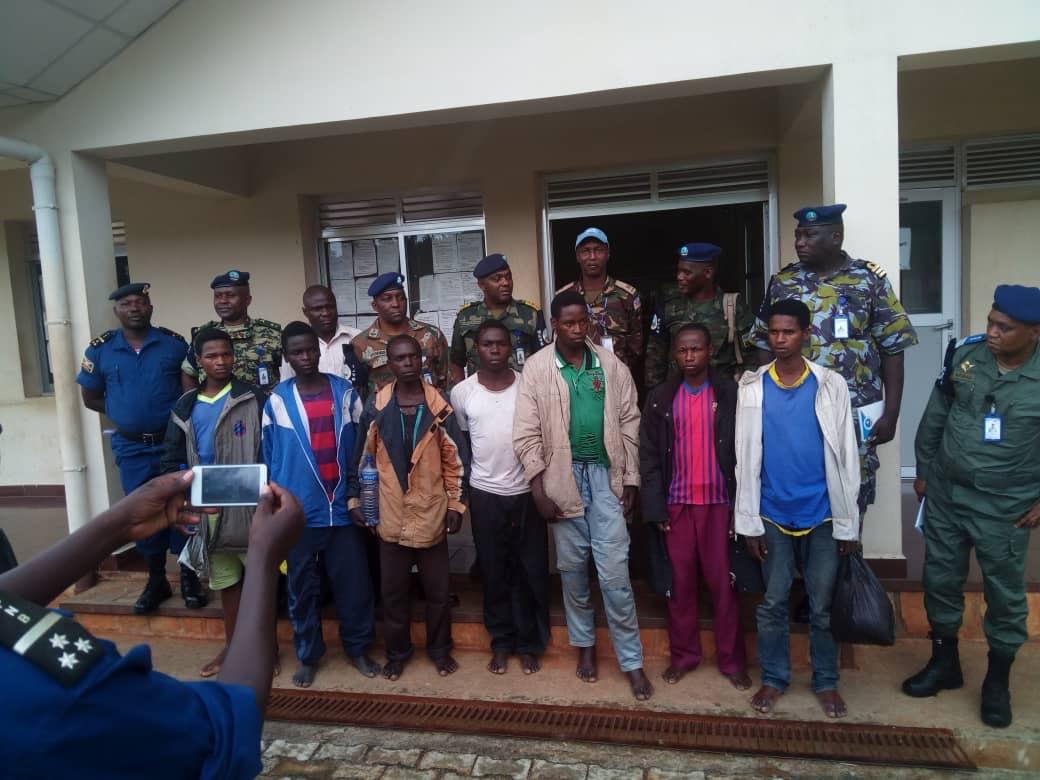 Burundi government says the seven ‘armed criminals’ who were arrested earlier this month were officially handed over to the Rwandan authorities, the seven armed men are said to have been captured by the Burundian army on 8th April while entering Burundian territory through Nyugwe forest.

“Yesterday seven criminals from Rwanda were handed over to Rwandan authorities in the presence of ICGLR and MONUSCO…they were caught with five fire arms and a Motorola used for communication,” said Burundi’s police spokesman Pierre Nkurikiye.

According to Burundi police spokesman this is not the first time Burundi has handed over suspected criminals to Rwanda and called on Kigali to do the same, “we also call on the Rwandan authority to extradite Burundian criminals who we know are living in Rwanda including those who conducted a failed coup in 2015.”

Since 2015 when the incumbent president Pierre Nkurunziza vied for another term in the office, the relation between Burundi and Rwanda continued to deteriorate as Burundi accused Rwanda of masterminding the 2015 failed coup to oust the current regime. In return Rwanda accuses Burundi of sheltering the FDLR rebels who are accused by Rwandan government of committing the 1994 genocide against the Tutsi.

The UN Secretary General special envoy to the Great Lakes early this year said that Burundi and Rwanda issue was a matter of concern despite efforts made by his office to normalize the relations of the two East African countries, the envoy said that deficit of trust in the region remains one key issue and that initiatives should be taken notably between Rwanda and Burundi.