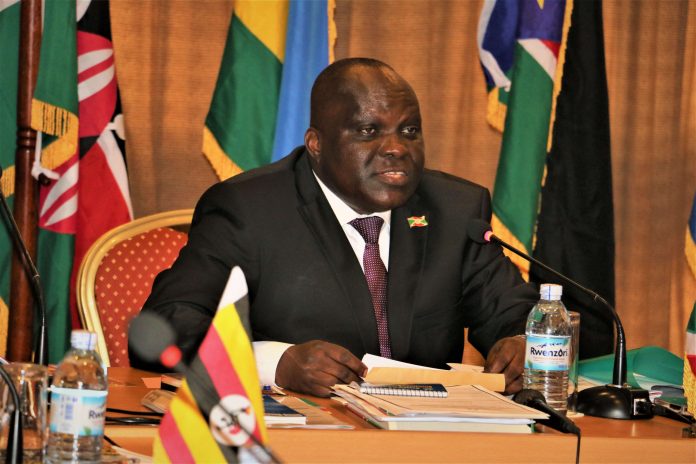 Burundi’s speaker of the National Assembly Pascal Nyabenda has on Tuesday December 10th 2019 hand over the chairmanship of the Bureau of the East African Community Speakers Forum after the end of his one year term.

While addressing the 13th meeting of the Bureau of speakers Mr. Nyabenda called on the member states to foster the East African integration which is more people centered than leader-centered.

Mr. Nyabenda said that such rights would be more enjoyed if all remained long-standing non-tariff barriers were removed, “East African peoples and their leaders have a common history and common cultural values they can capitalize on such values and interests to resolve their conflicts and iron out their conflicting points of view. What they need are collective good will, openness and realism,” said Pascal Nyabenda Burundi’s National Assembly Speaker.

During the 13th meeting of the Bureau of East African Community Speakers Forum members raised concern of the lack of commitment from some partner states in the regional integration issues.

“We recently celebrated 20 years anniversary of the EAC but will still have a number of challenges due to commitment of some countries…we haven’t got an explanation as to why the delegation of Rwanda is not even at the games,” said Rebecca Kadaga the Speaker of Uganda’s National Assembly.

South Sudan and Rwanda were the two East African Community member states who didn’t send in their delegation to Kampala for the annual speakers’ meeting.