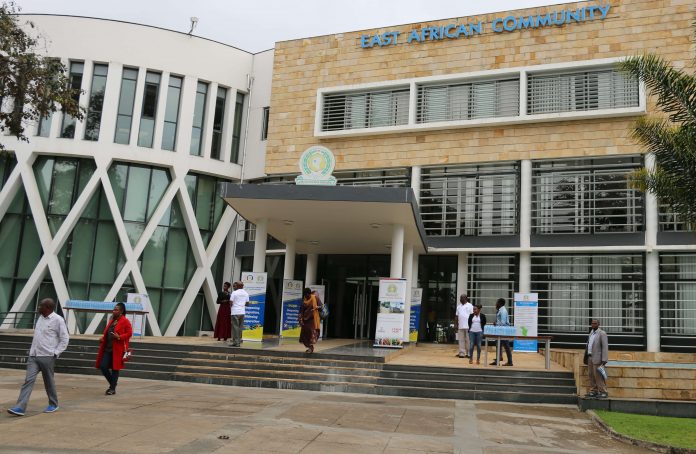 At least two officials from EAC member states are expected to arrive in Bujumbura by January 13th in order to conduct the consultation meeting. PHOTO| FILE

Burundi is set to host a five day consultation meeting for drafting the East African Community (EAC) Political Confederation Constitution which is expected to start on 14th January 2020.

According to the statement from the EAC Secretariat stakeholders will make consultation in Burundi for the purpose of drafting the the EAC Political Confederation Constitution, “we invite all the constitutional experts and draftspersons to travel to Burundi to conduct the consultations as experts are expected to arrive on 13th in order to participate in the preparatory meeting,” a statement read from the Secretariat.

At least two officials from EAC member states are expected to arrive in Bujumbura by January 13th in order to conduct the consultation meeting.

In September 2018 the East African Community council of minister approved a formation of the Committee of experts to draft an East African constitution, after the regions’ Heads of State at the 19th summit of 2017 directed the council of ministers to begin a process of putting a law on what could lead the community towards the last pillar of the integration which is the political federation.

A twelve member team of experts from partner states appointed Uganda’s Benjamin Odoki as the chairperson of the committee and agreed within 2 years from now the team will have completed the draft constitution, it is expected by 2023 to be having the confederation model implemented in EAC as a model that will deliver the political federation.

According to the EAC Council of ministers it was preferred to start by the confederation than federation to give appropriate time for the partner states to harmonize systems.

If the constitution is adopted partner states will begin ceding power in a much regulated way until when member states can appreciate and can ease the opening up towards the political federation.

The team of experts and the EAC council of ministers agreed on the terms of references and the roadmap, which will include one year of consultation with the authorities of the member states before drafting the constitution.

After the committee of experts drafts the regional constitution, the bill will be submitted to the summit from which it will be approved as a law.

If the region goes under the EAC confederation with one president, the national constitutions will be harmonized with the most superior constitution and the treaty will now be what partner states will be using.