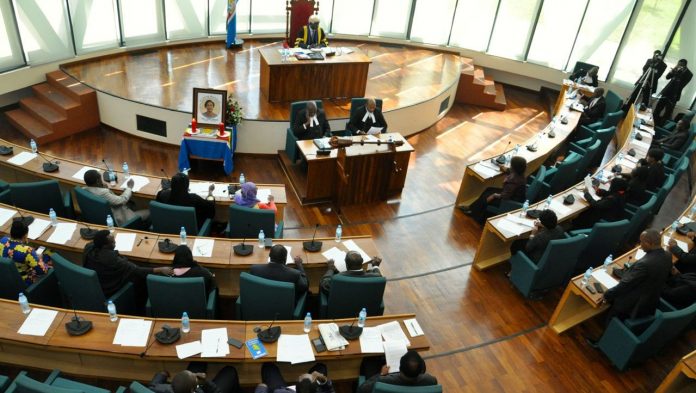 According to the regional civil society umbrella, as of September 13th 2019 it was only Uganda and Rwanda who had remitted partially of their contribution for the financial 2019/20. PHOTO| Burundi Times

The East African Civil Society Organizations’ Forum (EACSOF) has petitioned the East African Legislative Assembly to engage the Council of Ministers to recommend to the Summit to invoke article 143 and 146 on Partner States that have met the criteria of activation of that particular article.

“EACSOF is considering to file a legal suit with EACJ on interpretation of Article 143 of the Treaty, and why it has not been invoked in such circumstances that are detrimental to EAC,” the petition read from EACSOF.

Article 143 of the Treaty for the Establishment of the East African Community indicates that a partner state which defaults in meeting its financial obligations under the EAC treaty, “shall be subject to such sanction as the summit may on the recommendation of the Council determine.”

Article 146 of the Treaty establishing the EAC indicates that the Summit may suspend a partner state from taking part in the activities of the community if that State fails to observe and fulfil the fundamental principles and objectives of the treaty, including failure to meet financial commitments to the Community within a period of eighteen months.

According to the regional civil society umbrella, as of September 13th 2019 it was only Uganda and Rwanda who had remitted partially of their contribution for the financial 2019/20.

The 2019/20 financial which was passed last June Rwanda had already contributed 14% ($1.8 million), Uganda with 72% ($6 million) of the $8.2million per member state. Other Four EAC member states of Kenya, Tanzania, Burundi and South Sudan are yet to remit any fund for the current financial year.

“EACSOF is seriously worried about the dwindling contributions by Partner States towards financing the EAC and more concerned by the non-remittance by one Partner State,” the petition reads.

EACSOF undertook a survey of the performance of the EAC Budget and remittances from the Partner States as a fact finding mission to establish the root cause of the delay in remitting funds.

Despite the EAC expanding its scope in terms of integration level as it is now in the process of implementing the Road Map to attain the East African Monetary Union, which is the third pillar of EAC Integration, as well as the increased institutions of EAC that have among others increased the wage bill, the Council maintained a stance of 0% budget increase for the past decade.

The umbrella body of Civil Society Organisations in the region called on the law makers to engage the Council of Ministers to abolish the 0% budget increase stance for EAC.

“Questions should be put to the Member of the Council from The United Republic of Tanzania as to why The Host Partner State which is also a pioneering Partner State did not clear the 2018/19 contribution (89%) and that until the First Quarter of 2019/20, no remittance has been made.”

The East African Legislative Assembly audit commission reported delays in remittances of contributions from partner states only 39% of the contribution for the financial year 2016-2017 had been received by December 31st 2016.