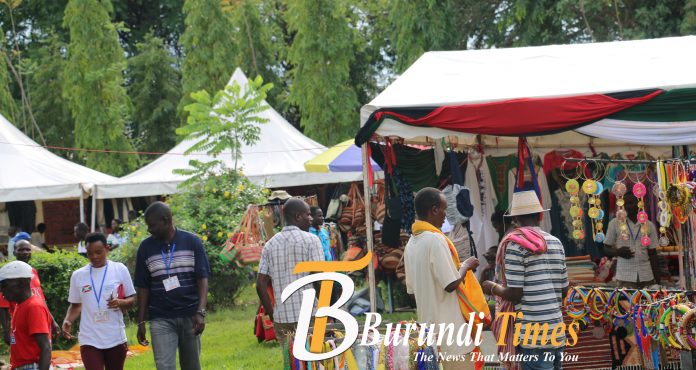 The East African Community (EAC) has declared Fridays as ‘Afrika Mashariki Fashion Day’ during which East Africans will wear attires manufactured in the region.

The 36th Extra-Ordinary Sectoral Council on Trade, Industry, Finance and Investment (SCTIFI) also declared the first week of September an ‘Afrika Mashariki Fashion Week’ which will be held annually as a Trade Fair and Exhibition of EAC designed textiles and garments.

The meeting which was chaired by Rwanda’s Minister for Trade and Industry Ms. Soraya M. Hakuziyaremye, approved the Final Draft Cotton, Textile and Apparels (CTA) Strategy and the Implementation Roadmap.

“For the EAC region to reap maximum benefits from the African Continental Free Trade Area (AfCTA), it was imperative to enhance the region’s productive capacity,” said Ms. Hakuziyaremye.

Calling for urgent implementation of a number of outstanding EAC Summit decisions and directives especially in the textile, leather and automotive industries, in addition to resolving Non-Tariff Barriers.

The AfCTA Summit had directed that the implementation of the agreement should commence by 1st July, 2020 necessitating EAC Partner States to conclude their Tariff Offers by the agreed dates.

The SCTIFI directed the Standards Committee to assess and advise on feasibility of the Pre-shipment Verification of Conformity (PVoC) of all imports of textiles and ready-made garments (RMGs) into the region, as a measure to control illicit imports of worn out or used textiles and garments.

The 19th Ordinary Summit of the EAC Heads of State held in February 2018 in Kampala, Uganda, with regard to promoting Cotton, Textiles, Apparels and Leather industries in the region and make the region more competitive and create jobs, decided to prioritize the development of competitive domestic and textile and leather sectors to provide affordable, new and quality options of clothing and leather products to EAC citizens. The Summit directed the Council of Ministers to put in place mechanisms that support textiles and leather manufacturing in the region.