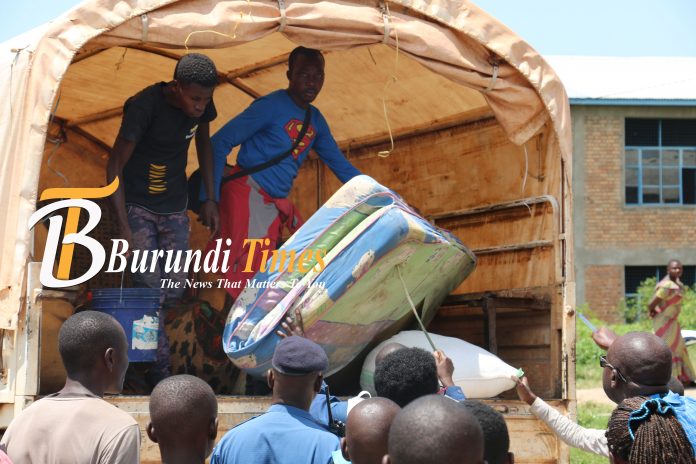 With forced displacements continuing to increase, refugees and asylum seekers account for close to a quarter of global increases, which have risen by 13 million in number from 2010 to 2017. PHOTO| Burundi Times

The growing number of international migrants has now reached 272 million, outpacing the growth rate of the world’s population, according to new data from the UN’s Department of Economic and Social Affairs (DESA), released on Tuesday.

The figures reflect a jump from 2010, when the global number was at 221 million, and currently international migrants – defined as anyone who changes their “country of usual residence” – make up 3.5 per cent of the global population, compared to 2.8 per cent in the year 2000, according to the latest figures.

Estimates are based on official national statistics of foreign populations gathered from censuses. These numbers reflect any person who is moving or has moved across an international border, regardless of citizenship status or motive – meaning the data encompass people who have moved either intentionally or involuntarily.

Europe hosts the largest number of international migrants, at 82 million; followed by North America, at 59 million; with 51 million in the United States alone – the largest number in a single nation. Finally, North Africa and Western Asia host around 49 million migrants, and along with sub-Saharan Africa, are seeing the most significant influx in foreign populations.

The share of international migrants in the total population varies considerably across regions, the report shows, where foreign-born individuals comprise 21 per cent of the population of the Oceana region (Australia and New Zealand included), and 16 per cent of all people in Northern America.

With forced displacements continuing to increase, refugees and asylum seekers account for close to a quarter of global increases, which have risen by 13 million in number from 2010 to 2017.

Although migration is global, most journeys are taking place within a limited set of countries, with the US, Germany, and Saudi Arabia making up the top three.

The link between migration and development is “very well established,” Director for DESA’s Population Division, John Wilmoth told reporters at the UN, echoing the message from the Department’s Under-Secretary General ahead of the report release.

The data “are critical”, Llu Zhenmin said, “for understanding the important role of migrants and migration in the development of both countries of origin and destination.”

“Facilitating orderly, safe, regular and responsible migration and mobility of people will contribute much to achieving the Sustainable development Goals,” he urged.

The United Nations is committed to supporting safe migration, through international agreements to safeguard refugees and people on the move at large. The Global Compact on Refugees, and Global Compact for Safe, Orderly and Regular Migration, were adopted in December of last year.