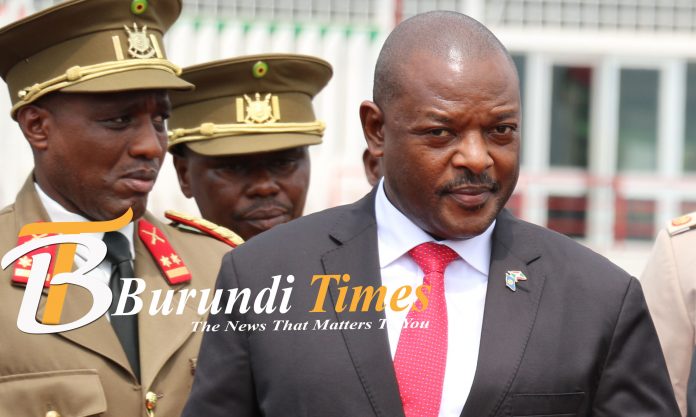 Granting amnesty to prisoners has been one of the incumbent’s tradition practiced during the New Year’s Eve. PHOTO| FILE.

During the New Year’s address, Burundi president Pierre Nkurunziza granted amnesty to prisoners sentenced to not more than five years, pregnant and breastfeeding mothers and the disabled inmates.

“In efforts to promote peace and stability in the country we have pardoned a specific category of prisoners and their cases will be into consideration,” said Burundi’s President Pierre Nkurunziza.

In 2017, president Nkurunziza pardoned 2500 prisoners countrywide as 58 of them were political prisoners and supporters of Movement for Solidarity and Democracy (MSD) a political party in Burundi that was banned.

Granting amnesty to prisoners has been one of the incumbent’s tradition practiced during the New Year’s Eve.

The supporters were sentenced to life in prison for participating in what the government said was illegal demonstration that turned violent in 2014, the leader of the political party Alexis Sinduhije has since then absconded after being accused by the authorities and the UN of forming a rebel group to destabilize the country.

This comes as Burundi’s president declared not to contest in this year’s general elections that’s less than four months to go, the incumbent president has served fifteen years in the office since 2005 when he took over the office.

The country is expected to come to a historic landmark that will see a peaceful transition and handing over power to another president if the incumbent president sticks to his words.