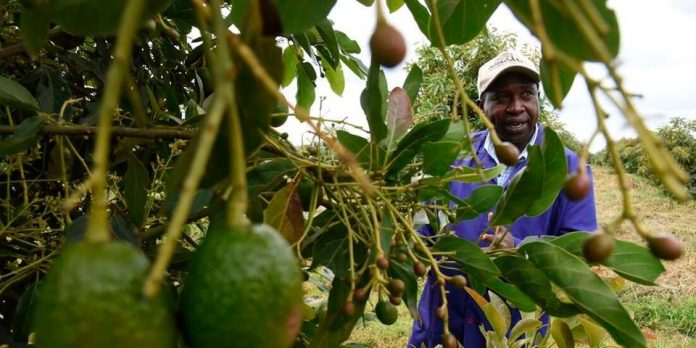 The road to exporting avocados to China for Kenyan farmers appears not only to be too long and winded, but also very bumpy.

So lengthy is the road that after years of lobbying and six months since Kenya signed a deal with the Asian nation to export the produce, no fruit has left the country.

The lucrative Chinese market remains a mirage for the Kenyan farmer even as thousands of fruits head to the European and Middle East markets.

Players in the sector blame the stalemate on bottlenecks brought about by the details of the protocol Kenya signed with China in January.

Ernest Muthomi, the CEO of Avocado Society of Kenya, said that in the protocol, Kenya agreed to be treating its fruits before export with a fumigant used to control pests during shipping known as methyl bromide as demanded by the Chinese.

“Unfortunately, this is a restricted chemical in the country because Kenya is a signatory to the Montreal Protocol (signed in 1986 and most UN countries approved it), which restricts methyl bromide use,” said Muthomi.

According to the United Nations Environment Programme (Unep), the protocol was adopted to restrict use of methyl bromide because it “depletes the ozone layer and allows increased ultraviolet radiation to reach the earth’s surface”.

Therefore, its use is highly controlled and safer alternatives are encouraged in its place.

“Unfortunately, China is not a signatory to the protocol thus encourages its usage,” said Muthomi.

Well, demand to use the chemical is not the biggest headache for Kenyan exporters, its availability is, noted Muthomi.

“The thing is that this is a very rare fumigant and it’s impossible to find it locally. Only one chemical company is legally registered to sell it here and it has not imported the product for the last 10 years.”

Muthomi appealed to the government to go back to the drawing board and negotiate alternatives to methyl bromide since the chemical is not only rare locally but also highly toxic.

“We don’t have the infrastructure needed to use it locally. The protocols provided to use it by the Chinese are very hard to implement. Fruits treated with the product have a lot of post-harvest issues (poor post-harvest life) and exhibit chilling injury characteristics.”

In January, after years of lobbying, Kenya signed the deal with China to export avocados to the nation giving farmers hope.

The deal known as Protocol of Phytosanitary Requirements for Export of Fresh Avocado Fruits from Kenya to China was signed between General Administration of Customs of the People’s Republic of China and the Kenya Plant Health Inspectorate Service of the Republic of Kenya.

“We have concluded and signed two protocols to facilitate bilateral trade, particularly the export of avocados from Kenya to China. This is an important protocol that will accelerate access to markets of these two products,” said Foreign Affairs CS Rachel Omamo said

Data from the Horticultural Crops Directorate shows  that in 2021, volume of avocado exports increased to 84.5 million kilos from 70.3 million kilos in 2020. The country earned some 15 billion shillings from the produce during the period.