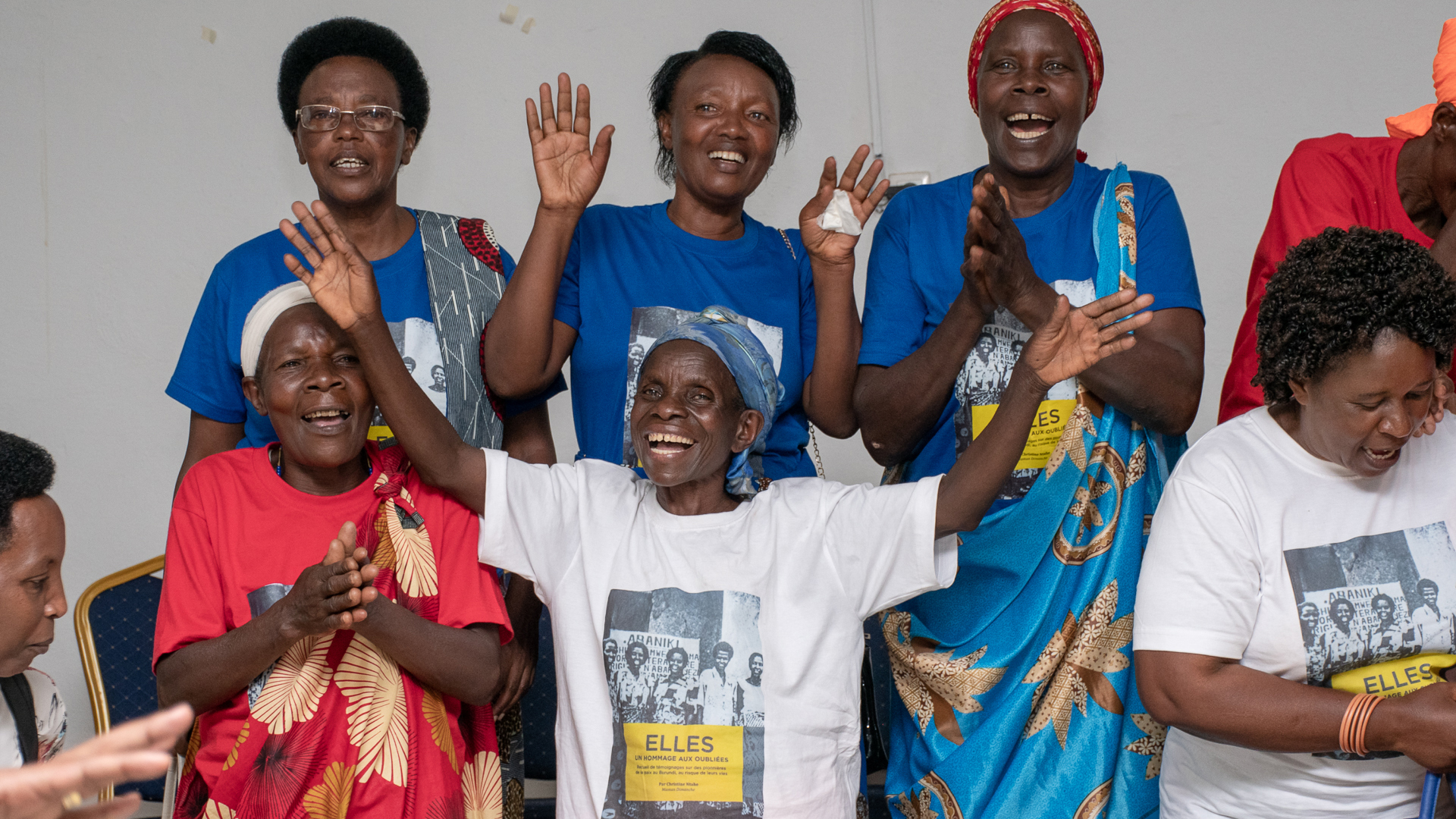 There are several politicians and former presidents of Burundi who are considered as the country’s Democracy, peace and Independence heroes. However women are the unsung heroes of the country’s peace building process after the ethnic violence that led to the killing of at least 300,000 people.

As more than 60% of the Burundian population are women, this group of people remain the most vulnerable in wars or a conflict zone worldwide, however Burundian women have quietly and stealthily saved hundreds of lives and contributed to the country’s peace building process in re-uniting the country’s two main ethnic groups of the Hutu and the Tutsi.

After the assassination of Burundi’s first democratically elected Hutu president Melchior Ndadaye in 1993 after barely three months in the office, Ndayisenga Mariam a resident in Mutakura joined a rebel movement to fight a Tutsi led government.

“I was the first woman to join the movement after the assassination of the former president I felt like it was injustice and I had to contribute to liberate this country,” said Ms. Ndayisenga Mariam told the EastAfrican.

Ms. Ndayisenga is a widow and a mother of nine children and currently running an orphanage in Mutakura a suburb in the outskirts of Bujumbura, she lost her husband in the struggle fighting the then government that was led by President Pierre Buyoya.

In 1993 Mariam had eight children when she decided to join a rebel movement together with her husband, the husband was killed in 1998.

“Time came when I realized that war wasn’t the solution but rather advocating for peace through different activities could be a game change.”

Although more than 80% of Burundians are Hutu, the political power used to belong to the minority Tutsi. The social differences and ethnic tensions between the Tutsi and Hutu peoples led to political unrest in the country as Hutus were physically identified by large and short nose while the Tutsis have long pointed nose.

A 136 page book of Elles, Un Hommage aux oubliées by Christine Ntahe highlighting Burundi’s unsung heroes was launched this week with mostly women who played a critical role in the peace building of the country, telling their stories and challenges they faced during the bloody ethnic conflict.

Among the women recognized for their unconditional support to the community was Maherwa Georgette, aka the “General” because of her resilience says that the power of women shouldn’t be underestimated as they played a key role to defuse the ethnic violence in the country.

She lives in Mutakura a suburb located in the outskirts of Bujumbura. Majority of the people who lived in that quarter were from the Hutu ethnic group which is consider to be more than 80% of the country’s population. But during the 1994 ethnic violence most of the men joined rebel movements to oust the Tutsi led government, women became vulnerable as they were left behind with children in the middle of the crisis.

“I formed an association of women and started building demolished houses of Hutus living in Cibitoke and houses of the Tutsis who lived in Mutakura,” Ms. Maherwa told the EastAfrican.

Maherwa said that the move was later joined by both ethnic groups in order to build each others houses, which was by then demolished after fleeing their homes hence creating trust and love between the two groups.

During the ethnic violence Hutus living in Cibitoke which was mainly dominated by the Tutsis fled their homes and the same applied to the Tutsis who lived in the Hutu dominated Mutakura neighborhood.

Maherwa said that as women their ethnicity was non other than love, and peace advocaters to build their nation.

On February 5th the Country celebrated 28 years since citizens voted for the national unity in a referendum in 1991, the unity day is meant to reconcile the two main ethnic groups of Hutu and the Tutsis in Burundi.

The charter aimed to abolish ethnic discrimination and give a mandate for the government to write a new constitution, it was approved by 89.77% of voters with a 96% turnout. Following the Charter’s approval, work began on the drafting of a new constitution which was approved in a referendum held on 9 March 1992. It was promulgated on 13 March 1992.

Burundi is steadily gaining relative stability after the 2015 political crisis which was feared to turn into an ethnic crisis. Both Hutus and Tutsis in Burundi live together and the intermarriages has become a trend in the country which wasn’t the case decades ago. As part of the Arusha agreement Burundi formed a truth and reconciliation commission in order to strengthen the national cohesion in order to ensure ethnic divisions is history in the country.