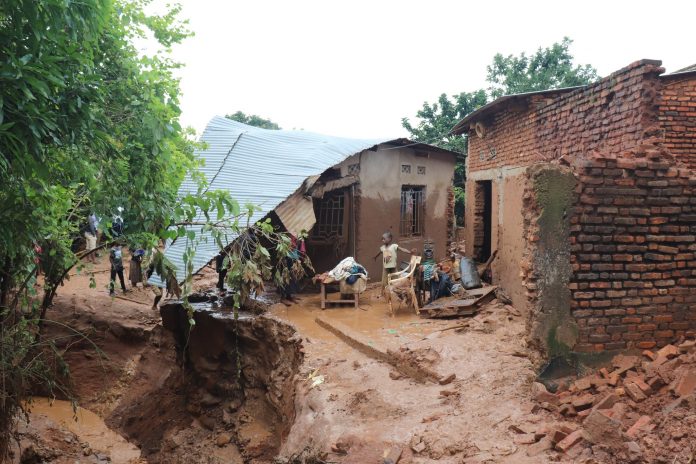 One of the homes damaged by the floods in the northwestern part of Bujumbura. PHOTO| Burundi Police

Twelve people have been confirmed dead in northwestern part of Burundi’s biggest city Bujumbura after a heavy downpour on Sunday early morning.

According to the Burundi public security minister Alain Guillaume Bunyoni, by Sunday afternoon 12 people were confirmed dead including children and 30 people were injured as a result of floods hitting residential areas.

One of the streams along Bujumbura busted due to the torrential rain causing floods that destroyed houses and properties of residents in the northwestern part of the city.

“A number of people have died and we also found a body of a small child under the car…in the house nothing was rescued all the properties were damaged I call on the government to help the victims,” said one of the residents affected by floods.

Earlier this month at least 26 people were confirmed dead and other seven injured after a landslide in Burundi’s Cibitoke province located in the north-western part of the country.

On December 4th 2019 around 16h local time in Mugina commune following heavy rains 26 people were confirmed dead and 10 people went missing according to the Burundian authority.

The floods and landslides comes as the country is experiencing climate change that has negatively impacted the livelihood of farmers.

The United Nations Office for the Coordination of Humanitarian Affairs said that more than 3,100 people in Burundi were affected by torrential rains in Munyinga resulting to two people losing their lives earlier this year.

Across the region, homes, infrastructure and livelihoods have been destroyed and damaged in the hardest-hit areas, and the risk of communicable diseases including cholera is rising.

Kenya recorded more than 132 deaths due to floods caused by the increased rain from the month of October to December, including 72 who were killed by a landslide which buried their homes in West Pokot County.