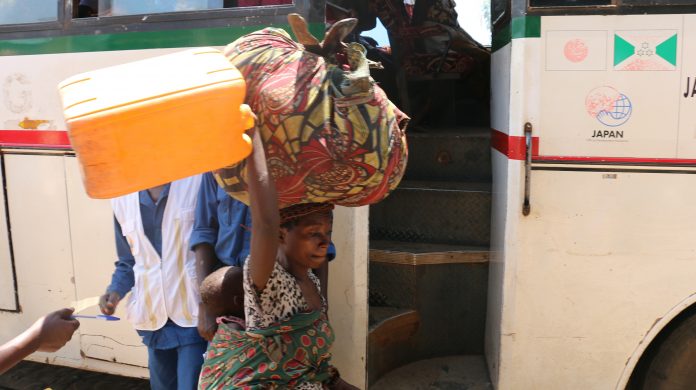 In August 2017 representatives of Burundi and Tanzanian government alongside the UN refugee agency held a tripartite meeting to facilitate voluntary repatriation of Burundian refugees from Tanzania. PHOTO|FILE: BurundiTimes

“They can only remain refugees when their reason to flee the country still exists but the fact that Burundi is peaceful there is no reason for them to stay there,” said Pascal Barandagiye.

Mr. Barandagiye said that some UNHCR officials have turned Burundi refugees into business for their own interest, and that the agency had been a stumbling block to the exercise.

“They have imposed on refugees whoever is below 18 years of age can’t voluntarily register for repatriation and its clear they said it,” he added.

The UNHCR Mandate for Voluntary repatriation have been refined and extended from the initial consideration that UNHCR’s responsibility ended when repatriants crossed the border back into their home country, to a substantive involvement with regard to facilitating to securing protection and providing assistance to returnees in the country of origin.

The UN High Commissioner for Refugees issued a statement that insisted any returnees should go home voluntarily and not against their will.

Last year the UNHCR expressed concerns over statements and actions encouraging refugees to repatriate to Burundi, the agency said that it was concerned on the statements made by authorities for the refugees to repatriate and the pressure some refugees do feel to leave Tanzania. Burundian authorities however denied the allegations saying that some individuals weren’t happy about the repatriation exercise due to self-interests.

“Starting with the month of October all Burundians will be repatriated and no Burundian will be received as an asylum seeker in Tanzania since their country is peaceful now,” said Kangi Lugola Tanzania’s home affairs minister.

Mr. Lugola said that it was high time the Burundian refugees in Tanzania returned to their country, “Burundi is now peaceful most of the refugees fled the country because of the instability but the country is stable now.”

Tanzania currently hosts more than 3 million refugees and asylum seekers, of which more than two hundred thousand are Burundian refugees with majority of whom have arrived from Burundi since April 2015.

Since 2017 Thousands of Burundian refugees from neighboring Tanzania returned to their home country under the tripartite agreement between Tanzanian government, UNHCR and Burundi.

The acceleration of the repatriation exercise comes after president Pierre Nkurunziza called on Burundians outside the country to return home, next year Burundi is expected to conduct general elections for the first time under the new 2018 constitution.