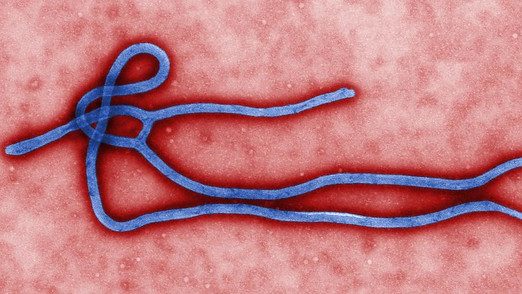 Since 2018, the EU has provided €47 million to humanitarian partners in the Democratic Republic of Congo involved in the Ebola response in the affected areas as well as in high-risk areas. PHOTO|FILE

The Ebola virus disease outbreak in the Democratic Republic of Congo continues to spread in the east of the country with a high risk of a spill-over into the neighbouring countries. The European Union is stepping up its assistance to Burundi with €465,000 to further strengthen Ebola preparedness measures by authorities and aid organisations in the country.

Christos Stylianides, Commissioner for Humanitarian Aid and Crisis Management, who is also the EU’s Ebola Coordinator, said: ”To effectively fight the Ebola virus we do not only have to address the affected cases in the Democratic Republic of Congo but also increase our efforts to prevent the disease from spreading to neighbouring countries like Burundi. The European Union is therefore supporting ongoing Ebola preparedness measures in the country, including infection prevention and control. Everything possible must be done to avoid a further spread of the deadly virus.”

The new EU funding will be allocated through the World Health Organisation. It will strengthen the coordination, surveillance and response capacities to Ebola in high-risk districts in Burundi, close to the border with the Democratic Republic of Congo. This new funding complements the existing financial support to the ongoing EU efforts in Ebola surveillance and awareness-raising via NGOs and UN.

Since 2018, the EU has provided €47 million to humanitarian partners in the Democratic Republic of Congo involved in the Ebola response in the affected areas as well as in high-risk areas. In parallel, the EU has also been supporting Ebola prevention and preparedness measures in the neighbouring countries most at risk – Uganda, South Sudan, Rwanda and Burundi – with over €4 million in humanitarian aid to ensure rapid detection and treatment in case of spill-over.

Supporting Ebola preparedness in neighbouring countries is crucial in this region with the high mobility and considerable cross-border trade. Uganda has recently witnessed three cases of a family returning from an Ebola-affected area in the Democratic Republic of Congo. No Ebola cases have been detected in Burundi, but the threat has become increasingly real with two newly confirmed cases in the Democratic Republic of Congo’s province of South Kivu, which shares a border with Burundi.