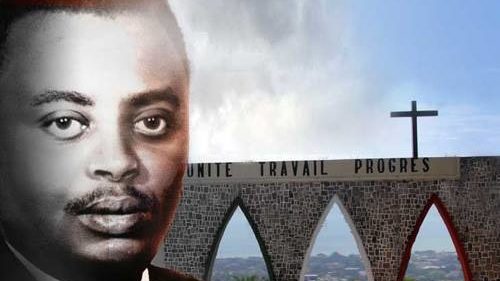 As Burundi celebrated 57 years of independence, President Pierre Nkurunziza spoke out against colonialism as he honored and named infrastructure after the country’s national heroes. PHOTO| FILE

Every October 13th Burundi commemorates the assassination of the country’s independence hero prince Louis Rwagasore, he was assassinated on October 13th 1961.

In Burundi Rwagasore is considered as the country’s independence hero as he demanded a complete independence of Burundi from Belgium in 1961, he called on Burundians to boycott Belgian stores and refuse to pay tax as a means of civil disobedience in efforts to gain the independence.

His political party UPRONA in 1961 won the elections for the colony’s legislative assembly by 80 percent of the votes, Rwagasore was declared the Prime Minister with a mandate to prepare the country for independence.

He was however assassinated two weeks later on October 13th 1961 in a hotel in Bujumbura, “Rwagasore is our hero he was killed because the (Colonialists) didn’t want us to develop and remain united,” said Burundi’s first Vice President Gaston Sindimwo.

Mr.Sindimwo said that the country is now united and the government is working hard unify Burundians without any foreign interventions.

As Burundi celebrated 57 years of independence, President Pierre Nkurunziza spoke out against colonialism as he honored and named infrastructure after the country’s national heroes.

From July 01 the country’s international airport was named after Burundi’s hero for democracy Melchior Ndadaye.

Melchior Ndadaye the first democratically elected president was assassinated in 1993 after three months in the office, his assassination sparked an ethnic violence with thousands of civilians on both Hutu and Tutsi ethnic group losing their lives. The violence developed into the decade long Burundi civil war that led to the killing of more than 100,000 people.

“In effort to honor those who honored our country Burundi we will name some infrastructure after them, buildings and places,” said Burundi president Pierre Nkurunziza.

Bujumbura prince Louis Rwagasore stadium was renamed ‘Intwari’ which literary means brave, “the parliament which we are going to build in Gitega will be named after Prince Loius Rwagasore,” said the president.