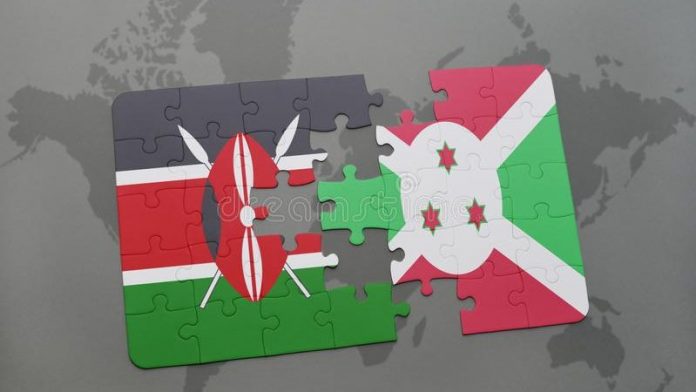 The free trade zone near DRC will be offered to Kenya’s private sector business men including the chambers of commerce and Kenya manufactures association to showcase Kenyan products mainly consumer and industrial products. PHOTO|FILE

Kenya has stepped up efforts to strengthen the bilateral relations with the Burundian government in efforts to boost trade between the two East African countries, this comes as for recent years Kenya’s trade with Burundi declined significantly.

“We intend to take up a space for free trade zone that the government has setup for us at the border with DRC in Gatumba as this we are marketing it for the Kenya’s private sector,” Ken Vitisia Kenya’s ambassador to Burundi.

According to Mr. Vitisia, the Kenyan government is intending to support the bilateral relation with Burundi and the regional integration by putting up a trade center in Bujumbura.

The free trade zone is expected to be constructed near the border with Democratic Republic of Congo (DRC), this is as a result of Burundi increasingly becoming the gateway towards the DRC, “particularly Kenya is spear heading the entry of DRC into the EAC so we want to be well placed to rip the benefits of DRC membership” said the ambassador.

The free trade zone near DRC will be offered to Kenya’s private sector business men including the chambers of commerce and Kenya manufactures association to showcase Kenyan products mainly consumer and industrial products.

The Burundian government has already given Kenya a land for the construction of an embassy and it is in that land where Nairobi intends to use part of it to construct a trade center which will be offering services to both Burundian and Kenyan traders.

“We have seen our balance of trade with Burundi seems to be reducing in terms of what we are exporting to Burundi so it is an effort of showcasing what we have and try to increase our export to Burundi but we also want to see what we can import from Burundi,” said Ambassador Ken Vitisia.

According to the latest figures released by the East African Business Council, Burundi’s trade with the East African Community member states declined by 4.1% ($162 million) in 2017 from 169 million in 2016.

The regional business council said that the decline of the country’s trade with member states is as a result of decline in volume of both imports and exports.

“On two occasions the visit was postponed by the Burundian government cited other engagements of the government of Burundi including when the government was in the holiday,” said the Kenyan ambassador to Burundi.

Recently Kenya’s president agreed to visit the country from 8-10 October, but according to the diplomatic source a last minute issue that required Uhuru’s attention on the domestic issues led to postpone the visit.

According to the Kenyan government, a new date is expected to be agreed upon through the diplomatic channels for the president to visit Burundi.

In 2017 Uganda and Kenya were the main destinations of Burundi’s exports accounting for 41% and 34% of total intra EAC domestic exports respectively, the key commodities included coffee, soap and oil seed.