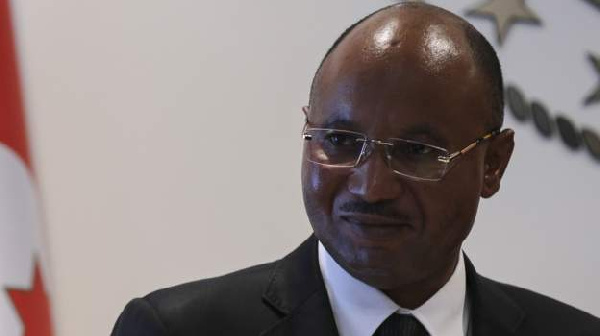 After the swearing in of the President of the republic Evariste Ndayishimiye the first move in forming a new government proposed two names to the parliament and the senate. PHOTO| FILE.

The speaker of the parliament Pascal Nyabenda chaired this June’s 23, 2020 a sitting which the current Public Security minister Alain Guillaume Bunyoni was approved as the country’s Prime Minister along with Prosper Bazombanza as the country’s vice president.

After the swearing in of the President of the republic of Burundi Evariste Ndayishimiye, the first move in efforts to form his government proposed two names to the parliament and the senate for the offices of the prime minister and the vice president respectively.

During the plenary, 92 law makers voted for Alain Guillume Bunyoni while 2 voted against him.

Law makers from the leading opposition party CNL party did not attend the sitting claiming that they were not informed about the session, “the activity was hidden and not improvised on agenda of activities,” a statement reads from the CNL twitter account.

The country’s new Prime Minister Alain Guillaume is the current minister of public security, while the Vice president was once in the same docket from 2014 to 2015.

The newly approved names that will work under the leadership of President Evariste Ndayishimye are expected to take oath on June 24, 2020 in the parliament while being witnessed by the president of the republic.

The Prime Minister is also mandated to form the government according to article 130 of the 2018 Burundi’s constitution.

“The activities of the Government are coordinated by the Prime Minister designated by the president of the republic, after prerequisite approval of his candidacy to national assembly and senate voting separately by absolute majority of its members.”

Late, in the afternoon, the senate chamber approved unanimously both candidates.

Mr Alain Guillaume Bunyoni became the sixteenth prime minister, and the second military prime minister after Lt Colonel Edouard Nzambimana from 1976 to 1978. Burundi last had a prime minister 22 years ago named Pascal Firmin Ndimira who served the country from 1996 to 1998.