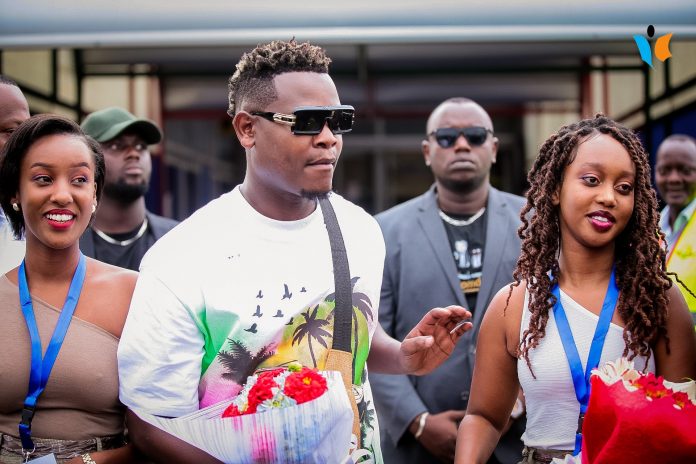 Bruce Itahiwacu aka Bruce Melody a Rwandan musician was arrested ahead of his concert in Bujumbura on Wednesday by the police accused by one of the businessmen of not honoring the contract they had in 2021.

“Bruce Melody is in custody and under investigation for fraud,” said Pierre Nkurikiye the spokesman of the Internal Affairs ministry.

The Katerina artist is now accused of fraud according to the Ministry of Internal Affairs spokesman Pierre Nkurikiye, Bruce Melody was expected to perform in 2021 in Bujumbura but he later canceled his tour which now a Burundian businessman says need refunds.

According to the ministry of internal affairs Bruce Melody’s concert that was slated for 2nd and 3rd September in Bujumbura will not proceed as the artist is still in custody pending resolving the ongoing case.

The artist is demanded to pay $2000 and 30 million Burundian francs by the business man whose only one name was revealed as Toussaint.

Bruce is considered as one of the Rwanda Musician Leader who he started singing at an early age in a church choir and released his debut song “Tubivemo” under the album called, Ndumiwe, in August 2013.