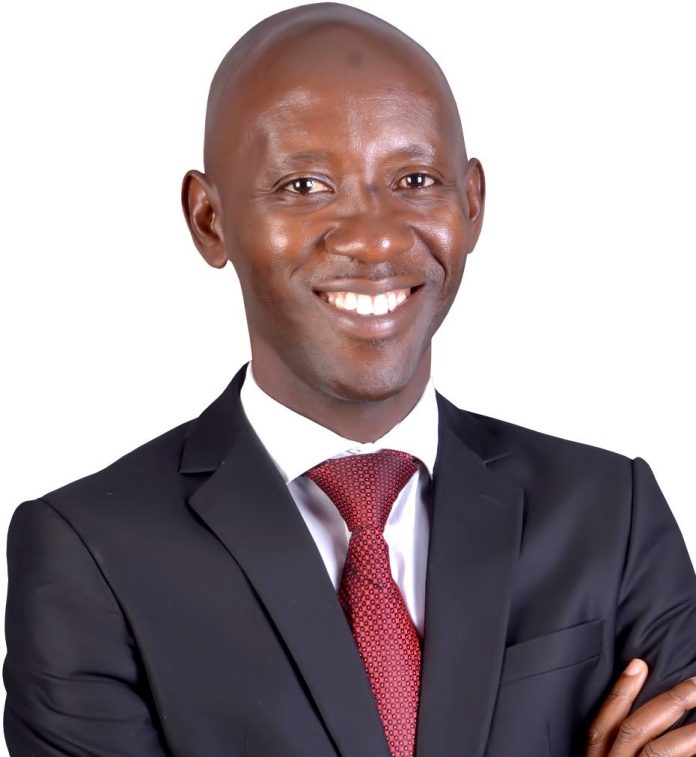 Burundi’s presidential candidate Francis Rohero spoke with ESPOIR IRADUKUNDA on his ambitions and the country’s challenges ahead of this month’s general elections.

How do you want to be known by Burundians?

I am 48 year old Burundian. A citizen who stands to bring change after a long journey of teaching leadership.

What pushed you to run for presidency?

It started when I was a child, my father lived in Europe. I used to read letters he wrote to my mother, where he praised western countries’ governances. Then I dreamt the latter for Burundi a well-governed country. As I grew, I was disappointed the situation got worse in the country. I grew up visiting foreign countries (Denmark, Sweden, and Switzerland) I was stunned, and asked to myself why can’t we have our beloved Burundi like this? It attracted me to invest in politics.

Burundian are not used to Independent candidates, do you think you stand a chance of winning elections?

I am not an independent, I have a family and friends to support and to work with me so political party affiliation in this century is old-fashioned. I preach people that politics is not about the popularity of a political party but the career of each individual in different daily-life domains. I disassociate them to parties. I want people to talk about lives in general not political party’s flags or names.

I will win, Burundian are fed up of today’s leadership, and they want a change. Change will win.

As we are heading into general elections do you think there is room for democracy in Burundi?

Democracy is a culture that should be sought every day. It is neither unsold nor owned. It starts in the hearts of leaders. If a country lacks good leaders then democracy fades. In Burundi we stepped athwart with free election, which brings forth the right to vote. In fact, voting is one of the principles of democracy we have to work out respect, communality, listening to others, share country’s ownership, etc. It can be achieved therefore when the country has visionary leaders.

If elected what are your major priority?

We have a long-term vast and complex vision not to be fulfilled by only Francis Rohero today but with generations. It focuses on unemployment shortcomings. Burundians aged between 18-35 years are mostly unemployed and desperate with life. My priority lies on overcoming nationwide poverty not individuals.  Invest in the population’s projects that benefit them, get involved in unions or cooperatives in every group: men, women, and young, without any exception.

At last, the country consumes extravagantly taxpayer’s money for the sake of leaders not for the population, then I would invest in domains where farmers and breeders would benefit directly. The above mentioned would get a 55% of investment of the budget.

The youth employment in Burundi is on a rise, how should this be managed?

65 percent of the Burundian population are youth so this is a group not to be neglected. I would bring in sharpeners of their careers not always staring at the government but work for themselves.

Burundi foreign relations faced an uphill since 2015 how would you mend the relations?

It all lies on the leader his peace of both heart and mind. In this case, he piles up enemies instead of friends. The first thing will be reconciling with neighbouring countries to restart our relations. We share borders, same people so we should encourage trade and inter marriage. Not only with neighbouring countries but also with other countries because a nation cannot survive by itself, we need one another.

Opposition members have raised concern over the political space in the country, what is your take?

My freedom to work does not come from anyone, there are many challenges I cannot get frightened. My conviction is what I am supposed to do, I will fulfil it. No one hinders me, I need to be humble so it can be easy for me to go through hard times. I don’t complain or judge anybody but I make sure I don’t flinch the feud.

Do you think elections will be free and fair?

No way, put in mind that those who are organising the elections are the rulers, they portray elections as they want. One fact, the ruling party started the campaign earlier with billboards, mass gatherings in the country, yet other political parties and candidates were not allowed.

Why are some political parties already criticizing CENI for lack of independence?

How should the country improve its Human rights record?

Our program stems in best leadership, when Burundi elects a good leader not led by anger, not driven by his past ghosts, but root in vision he will feel safe in this country. He will not call upon security officials to oppress other members of opposition. He will be   protector and the guard of the population and their rights.

What is the message to the population?

We have seen that many are frightened, even for those who cope with our agenda they think differently, if we fail what will be our sort? We won’t be harassed? I tell Burundian to calm down, listen to our agenda and get ready to vote what they are convinced with. Many militants are in the parties because they fear for their lives, we encourage them to continue their paths but thinking on our projects to the population.

Elections and campaigns are being conducted amid covid-19, do u think it is right? What are you doing to protect your supporters?

It is surely difficult but my call is continue to practicing social-distancing, follow guidelines and health-measures of the health officials. Let us do our best knowing that also election is crucial. We do not campaign in masses but door-to-door to avoid movements that may cause exposure to the infections. We will be campaigning at province centres, and at homes as well.

Some countries are under lockdown, do you think Burundi would impose it to?

If you don’t close borders while your neighbours did, you are locked too. It is good for security organs to study closely if necessary. But also, regarding the economy of the country, in case locked not everyone could afford to live week in week out without any income. We congratulate the authorities for implementing measures to curb the spread of the pandemic.

What kind of Burundi would you like to see?

I want to see an independent Burundi where everyone can afford all what he/she needs. I want to see a Burundi with justice, where reigns equity, where as a taxpayer government respects you. In the meantime not driven by corruption, mostly were respect and dignity is above everything.